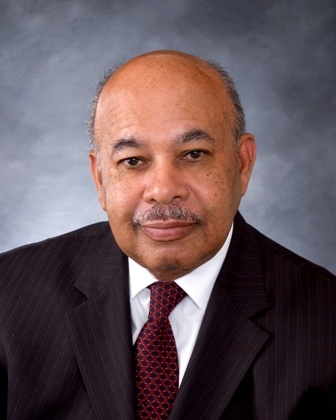 PHOENIX (AP) -- Arizona voters will decide in November whether to ban state and local governments from discrimination or preferential treatment based on race, ethnicity and sex.
The state constitutional amendment doesn't use the term ``affirmative action,'' but there is no disputing that is what Proposition 107 is aimed at eliminating. Such programs generally give preferences to minorities.
The referendum was sent to the Nov. 2 ballot by a vote of the Legislature in 2009 after supporters failed to gather enough signatures to get the measure on the ballot in 2008.
This year's proposed amendment contains exemptions for ``bona fide'' qualifications based on sex and for a preference or program whose elimination would violate a court order or lead to the loss of federal funds.
That can be a broad exemption, because federal money often comes with requirements that its recipient have some sort of affirmative action plan in place.
The affirmative action ban has for years been pushed nationally by Ward Connerly, a businessman and former California education official. A group he heads, the Sacramento-based American Civil Rights Institute, backed the failed 2008 signature-gathering effort in Arizona and had donated $50,000 so far this month to the Yes on 107! campaign. That's virtually all the funding the group has received.
The Service Employees International Union has given $10,000 to the No on 107 campaign, the majority of its funding so far.
California, Washington, Nebraska and Michigan voters have approved affirmative action bans backed by Connerly. Voters in Colorado rejected one in 2008.
Connerly, who is black, argues that race- and sex-based preferences are no longer needed in America and points to the election of Barack Obama as proof.
Opponents of the measure argue that Arizona eliminated ``affirmative action'' programs years ago and that the Connerly-backed referendum goes much farther by banning the ``equal opportunity'' programs that remain. They say those programs generally help people, often women or minorities, who have already qualified but need extra help overcoming disadvantages.
``You shouldn't get into school unless you're qualified to get into college _ everyone agrees,'' said state Rep. Kyrsten Sinema. ``But once you get into college, we have a number of programs at our public universities ... that help people who are already qualified, already admitted to the university, simply succeed in their chosen field.''
Connerly disputed Sinema's contention that affirmative action has been outlawed in the state, and said if that was the case her group shouldn't be opposing Proposition 107.
``The reality is that our initiative does not mention affirmative action ... it talks about preferential treatment,'' Connerly said. ``And when the city of Tucson gives a 7 percent bid preference (on contracts) to minorities, that's a preference. And that is against our initiative and it would be outlawed.''
Sinema pointed to a program that supports women who are studying science, technology, engineering and math as one that would be cut off from state funding if Proposition 107 became law. Only a quarter of students in those fields are women, and she says it is clear that it is important to provide them extra support to encourage them to complete studies in those fields.
Connerly says that program would still be legal if Proposition 107 passes -- if it admitted men as well as women.