Despite Promises, No Amends Yet for Abu Ghraib Abuse Victims 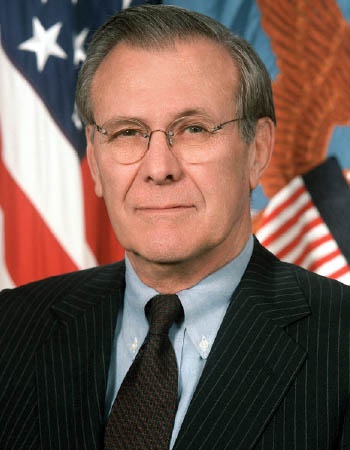 WASHINGTON (AP) -- Fending off demands that he resign over the Abu Ghraib prison scandal, then-Defense Secretary Donald H. Rumsfeld told Congress in 2004 that he had found a legal way to compensate Iraqi detainees who suffered ``grievous and brutal abuse and cruelty at the hands of a few members of the United States armed forces.''
``It's the right thing to do,'' Rumsfeld said. ``And it is my intention to see that we do.''
Six years later, the U.S. Army is unable to document a single payment for prisoner abuse at Abu Ghraib.
Nor can the more than 250 Iraqis or their lawyers now seeking redress in U.S. courts. Their hopes for compensation may rest on a Supreme Court decision this week.
The Army says about 30 former Abu Ghraib prisoners are seeking compensation from the U.S. Army Claims Service. Those claims are still being investigated; many do not involve inmate abuse.
The Army said that U.S. Forces-Iraq looked at its records and could not find any payments to former detainees. The Army also cannot verify whether any such payments were made informally through Iraqi leaders.
From the budget years 2003 to 2006, the Defense Department paid $30.9 million to Iraqi and Afghan civilians who were killed, injured, or incurred property damage due to U.S. or coalition forces' actions during combat. The Army has found no evidence any of those payments were used to compensate victims of abuse at Abu Ghraib.
So instead of compensation, the legacy of the most infamous detainee abuse episode from President George W. Bush's tenure is lawsuits, and the court battle mirrors the Iraq war -- a grinding, drawn-out conflict.
At the U.S. Supreme Court, the former detainees are asking the justices to step into a case alleging that civilian interrogators and linguists conspired with soldiers to abuse the prisoners. All the detainees, who allege they were held at Abu Ghraib or one of the other 16 detention centers in Iraq, say they were eventually released without any charges against them. 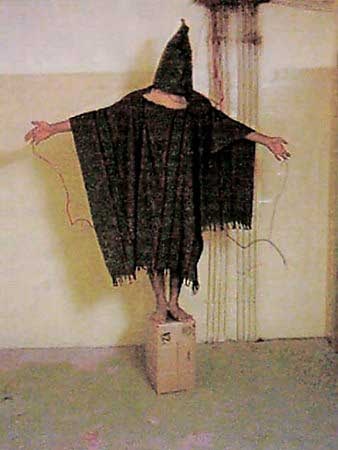