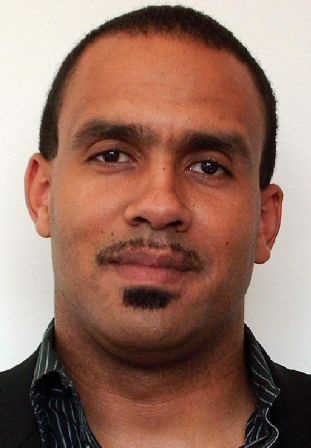 Poverty expert, Dedrick Muhammad says the new census report Income, Poverty and Health Insurance Coverage should spur us to action - if we want a strong middle class, and opportunities for all Americans. A research associate with the Washington DC-based think tank, the Institute for Policy Studies, Muhammad says America urgently needs a $40 billion public works program to create 1 million jobs – as part of a $400 billion package of anti-poverty measures that would strengthen the safety net and direct help to those that need it the most.
"In our economy the middle class has been weakening since at least 1980. We lack strong, secure jobs and it's not clear at all that the people who have fallen into poverty can pull themselves out."
The consequences of long-term poverty are highly destructive and, unless checked, will seriously hurt our country, he warns.
"Without a ladder into a more functional economy, more people are destined for lives of violence and crime. We've seen this already in communities across the country – in urban centers," he says.
The $862 billion American Recovery Act was President Obama's attempt to stop the recession from turning into a full-scale depression. The Congressional Budget Office credits the Act with saving between 1.6 million to 3.3 million jobs. But Muhammad says that's not enough to halt a crisis fueled by continued high unemployment, long term income slippage and a foreclosure crisis that isn't stopping any time soon.
The measures he proposes would cost less than half the amount of the Recovery Act, he says. To pay for it he would increase the tax share for the super wealthy, tighten tax haven loopholes that allow the rich to avoid paying taxes, and create a small tax on stock exchange transactions. And, of course, allow the Bush-era tax breaks to expire for people earning more than $250,000 a year. One thing you can count on: Fox News and the Tea Partiers won't be lining up to support his plan.

If You're Black or Latino You're in a Depression
In Muhammad's opinion, the real story about our economy is not the 1.1 percent jump in the poverty rate in 2009; rather it is the gradual slide in U.S. average income since 2000 and the increasing inequality that divides us.
Since 1979, in fact, those Americans who make up the richest 1 percent have increased their share of our wealth to 18 percent. That's higher than in any other developed country. And at the same time the poorest 20 percent have grown poorer. In 2009 this group earned 3.4 percent of money income.
"When you have one in four African Americans and Latinos in poverty and almost one third of all black children raised in poverty – that's unacceptable," says Muhammad.
The big picture shows that for many Americans the recession of 2001 never went away, he says. And the new census report simply underscores how serious our situation has become. In 2008 14.1 children were living in poverty, but by 2009 that number had jumped to 15.5 million.
"The report highlights how difficult this economy has been since 2000, and why in some reports people refer to this as a depression for disenfranchised minority groups – and in particular African Americans," he said. "Because African Americans and many low-income people have never recovered since the recession of 2001."
Poverty rates are higher for people of color (For African Americans, poverty is 25.8 percent; For Latinos the rate is 25.3 cent.) This doesn't mean white poverty is not also a problem since 9.4 percent of the non-Hispanic white population - 18.5 million people - is living below the poverty level. The new census report also shows a record $50 million people have no health insurance.

The Hottest Trends: Homelessness, Hunger and Couch Surfing
On the sharp edge of the data, this jump in poverty looks like long lines at food banks and food stamp offices, children going to school hungry, and families pushed onto the street.
Matt Kinshella who represents the 211 emergency helpline in Portland, Ore., says judging from the volume and nature of the calls, the recession is biting hard.
"People are still having difficulty providing basic necessities for themselves and their families," he says. "Calls for rent, food and utility assistance remain our highest caller need, but a disturbing trend of people whose unemployment is running out and whose homes are being foreclosed is emerging on a daily basis."
Helpline workers are stressed by the desperation they have to deal with daily. Call center specialist Deborah Willoughby recently heard from a woman whose house is about to be auctioned leaving her homeless – with a disabled teen and a younger child.
"Her only income is her son's Social Security since her unemployment ran out," Willoughby said. "She called us because she heard about the $51 million in mortgage assistance for unemployed people, and she wept when I said that wouldn't be available right away.
"I encouraged her to call the foreclosure programs anyway, and also to call a couple of transitional housing programs to see if they could offer any help."
According to the foreclosure listing firm RealtyTrac Inc. about 1 million homes nationally will be repossessed this year. This is just one likely reason why the census found a surge in the numbers of families moving in with relatives and friends. Couch surfing is one of the hottest trends of 2009. Eat your heart out Lady Gaga.

"For God's Sake Feed the Kids"
The growing divide between rich and poor since 2000, means average income for almost every racial group has been slipping – although not equally. White median income has declined in real terms by 4.2 percent; with Latino median income declining 8 percent. For African Americans the drop is even steeper – 12 percent.

"We need a structural change that will distribute profits more equally," Muhammad concludes. "We're at a point now when our economic crisis demands a large shift away."

The Bush-era tax cuts were pushed through on the basis that they would spur the economy and create jobs, but historically they have failed to do so, Muhammad said. So the first thing on his agenda would be to cut those cuts for anyone earning over $250,000 a year.
Muhammad said the most immediate need is to continue to fund programs such as the federal Food and Nutrition program, which offers food to children in schools and, during the summer, parks. Another key anti-poverty lifesaver is the Earned Income Tax Credit, which helps many low-income wage earners make ends meet, Muhammad says.

Rev. David Beckmann, President of the anti-hunger nonprofit, Bread for the World, says everyone should call their senators and congressmen to ask them to pass the nutrition bill and the earned income tax credit.
"With these terrible child poverty numbers it makes no sense not to feed a child in a recession," Rev. Beckmann said. "For God's sake: Feed the kids."
Congress is discussing the fate of both of these programs currently and must vote on the nutrition bill by Sept. 30. The earned income tax credit is part of next year's tax package so must be decided before the end of the year.
"People need to call congressional staff and tell them we want a strong nutrition program and tax rebates for the working poor. It's affordable and it's good for the economy – but it won't happen unless you get on the phone and tell them to do it."