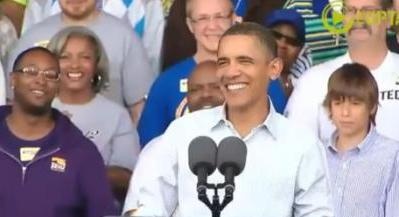 Speaking at a labor rally in Milwaukie, Wisconsin, he coupled his announcement with a blunt campaign-season assault on Republicans for causing Americans' hard economic times.
Under Obama's plan the U.S. Congress would increase and permanently extend a tax credit for business research and development, at a cost of $100 billion over 10 years.
However, the first jobs would not appear until 2011, and economists say that even $50 billion can't turn around the $13.2 trillion U.S. economy quickly.
GOP leaders instantly assailed Obama's proposal as an ineffective one that would simply raise already excessive federal spending. Many congressional Democrats are also likely to be reluctant to boost expenditures and increase federal deficits just weeks before elections that will determine control of Congress.