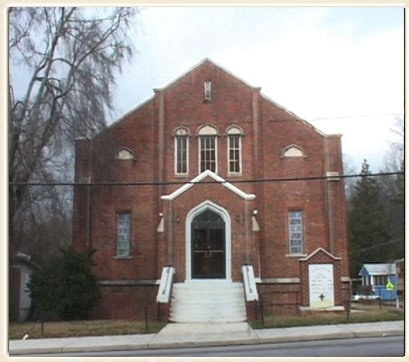 (NNPA) - With more than 2.5 million foreclosed homes nationwide and millions more to come, many families are tightening their household budgets, delaying major purchases and paying down debt as best they can. Unemployed or under-employed heads of household hope and pray for a new job, while those who are still working feel fortunate but also nervous that the ax could fall on them next.
Historically, severe economic downturns draw many people to turn to their faith, praying for the strength to hold on just a little bit longer. But now, where people pray or worship is also being affected by foreclosures. From California, to Tennessee, Georgia and other states, houses of worship are struggling to avoid foreclosure, especially in areas where residential foreclosures are particularly high. Although Sunday morning is considered the most segregated time of the week, no such distinction exists with church foreclosures. Congregations of all denominations and faiths that are black and white, large and small, and others somewhere in between are all affected by a common dilemma: will the church continue to be a sanctuary for its members, providing a place to bring burdens of all kinds for rest and restoration –or – will that spiritual nourishment be jeopardized, forcing church leaders to pay before they pray?
Over the past week in metro Atlanta, multiple news reports have covered the problems of Atlanta's Higher Ground Empowerment, formerly known as Mount Gilead Baptist Church. A 2008 tornado left the 108 year-old church in such disrepair that it had to be rebuilt. Now reportedly, its lender has given a deadline of Aug. 31 to either pay the money it owes or face foreclosure. Additionally, as many as 40 other Atlanta churches face a similar fate.
In Memphis, where last year the county and city jointly filed a lawsuit claiming discriminatory residential mortgage lending, a local television station, WREG-TV, reported earlier this year that since 2007 at least 27 area churches received foreclosure notices.
One Memphis church, Solid Rock Christian, took out a $2.9 million loan to purchase 40 acres of land to build a new church. According to Apostle Bill Anderson with the church, no one reneged on the monthly $22,000 mortgage payment. But when tithes and offerings dropped, the church wanted to use its savings account to cover the shortfall. Both accounts were with the same lender -- yet the lender disagreed. As a result, foreclosure proceedings began.
With $2 million in unpaid bills and a budget gap in the range of $55-70 million, Garden Grove, California's mega-church, the Crystal Cathedral, has seen a 27 percent drop in revenue and has a mortgage of $35.5 million, according to a recent Christian Century report. Associated Press recently reported on the church's decision to reduce the number of television stations carrying its global television ministry, The Hour of Power. Only a few days ago Dr. Robert H. Schuller, the church's founding pastor, and family members working in the ministry announced a voluntary 50 percent cut in pay for the next two months. Other church staff may face pay cuts between five to 10 percent.
Already and according to the Center for Responsible Lending's most recent foreclosure research, it is projected that from 2009 to 2012 the economy will lose an estimated $1.9 trillion. State-specific residential foreclosure projections are available on CRL's web at: http://www.responsiblelending.org/mortgage-lending/tools-resources/foreclosures.html.
State data includes foreclosure projections for 2010, foreclosure starts by quarter, lost wealth, average lost home value and more.
Yet there is no dollar value that can accurately establish all the effects of closing houses of worship. How could or would anyone assess the measure of shattered faith communities? In many communities, houses of worship are not only the place to be on Sunday mornings; but also centers of year-round community activities.
In an extended recession with high and long-term unemployment, many faithful flocks need now more than ever the spiritual guidance and hope that churches provide. If the churches can no longer feed the souls of its people, where do those in need of prayer go? To whom do they turn when churches, just like troubled homeowners, have unpaid bills and cannot get loan modifications?
Perhaps it is time for people of faith and their leaders to exert their collective moral authority to challenge lenders to adapt to a failing economy. Lenders retain the voluntary option of modifying loans. It seems it is time for them to begin volunteering more often. The churches whose regular deposits collectively bolstered lenders' liquidity and growth across the country now need their good faith efforts returned.
No one should be forced to pay before they pray.