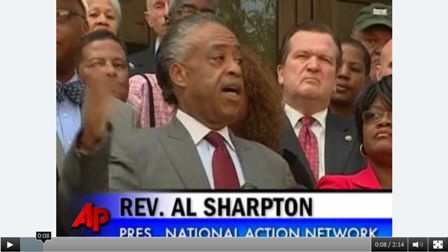 WASHINGTON – Conservative commentator Glenn Beck and tea party champion Sarah Palin appealed Saturday to a vast, predominantly white crowd on the National Mall to help restore traditional American values and honor Martin Luther King's message. Civil rights leaders who accused the group of hijacking King's legacy held their own rally and march.
While Beck billed his event as nonpolitical, conservative activists said their show of strength was a clear sign that they can swing elections because much of the country is angry with what many voters call an out-of-touch Washington.