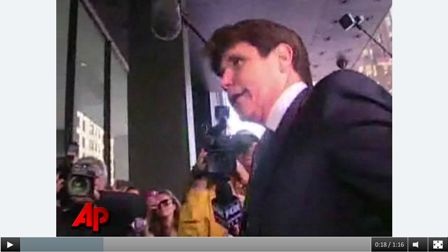 CHICAGO — They were close. After three weeks of respectful but increasingly tense deliberations, 11 jurors were ready to convict Rod Blagojevich of what prosecutors called a "political corruption crime spree" that would have sent yet another former Illinois governor to prison.
Not close enough. On vote after vote, the jury kept coming up one juror short — a lone holdout who wouldn't budge and would agree only that Blagojevich lied to the FBI. "The person just did not see the evidence that everyone else did," said juror Stephen Wlodek.