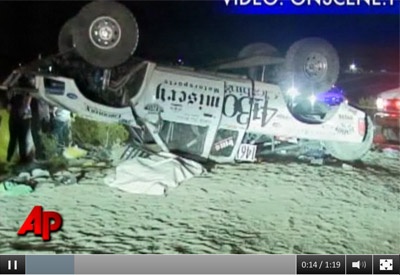 LUCERNE VALLEY, Calif. – The crowd at the off-road race could almost touch the trucks as they hurtled and bounced over the desert sand. They were close enough for one mistake to end eight lives.