By Travis Loller of the Associated Press for The Skanner News
Published: 14 August 2010

An attorney for Fisk University accused Tennessee's attorney general of wanting to close the school during the first day of a trial to determine whether it can sell a share in its famous Stieglitz art collection. 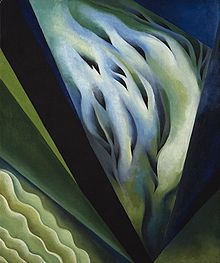 The Nashville-based, historically black university ranked 118 in the country by US News and World Report and is included in the Princeton Review's best 360 colleges.
At issue is whether Fisk can change the conditions the late painter Georgia O'Keeffe placed upon her bequest of 101 works of art to the school. Fisk argues it is in such financial straits that it is in danger of shutting down and cannot maintain the collection as agreed.
The school is asking the Davidson County Chancery Court for permission to sell a 50 percent share to the Crystal Bridges Museum in Bentonville, Ark., for $30 million. Under the agreement, the artworks would be displayed part of the time at Fisk and part of the time at Crystal Bridges.
Fisk President Hazel O'Leary testified Wednesday that the arrangement was ideal.
"I don't know how we could have gotten a better deal," she said. "We're selling the collection, but keeping the collection."
But Will Helou, a private attorney representing the state, argued the agreement will eventually result in the entire collection, valued in 2007 at $74 million, being ceded to Crystal Bridges because it requires Fisk to pay maintenance costs that it can not afford.
Helou said the only questions for the judge, Davidson County Chancellor Ellen Hobbs Lyle, to decide are whether it is impossible for Fisk to comply with the conditions of the bequest, and, if so, what arrangement would most closely approximate O'Keeffe's wishes for the collection.
Fisk had trouble maintaining the paintings while O'Keeffe was alive, Helou argued, but she never suggested selling the works. Rather, she asked then-Fisk President Charles Johnson to let her know if the school could not care for it so that she could find another place for it.
"Fisk only sees the collection as a private bank account," he argued.
In his opening arguments, Fisk attorney John Branham accused state Attorney General Bob Cooper of intervening in the case for his own personal glory.
"If they can close Fisk down, the attorney general gets to pick the next place the art goes to," he said. "That's his motivation. That's the reason they've spent over $200,000 of the state's money to try to close Fisk down."
Branham also downplayed the importance of the collection to the historically black university, displaying two large color reproductions of abstract paintings from the Stieglitz Collection and saying the works by "Caucasian" artists had "nothing to do with Fisk." 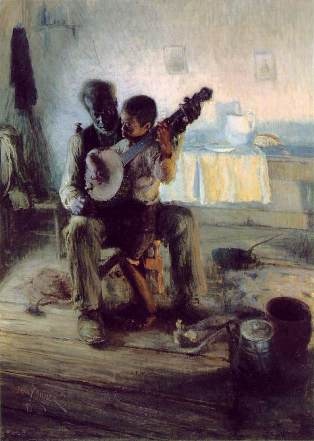 He juxtaposed them with a more realistic religious painting by Henry Tanner called "The Three Marys," saying, "This is a real prize. This is a prize by a black artist. This is a prize that really needs to be kept in Nashville, in the South, in this community." Branham claimed the painting would be "auctioned off to pay for toilet paper" if Fisk were to shut down.
The trial continues.

Below: The Banjo Lesson by Henry Ossawa Tanner