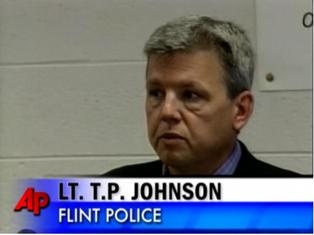 FLINT, Mich. (AP) — Police in Michigan are looking for a man believed to be responsible for the stabbing deaths of five men and the wounding of eight others since May. The Skanner News Video.
Ten attacks occurred in Flint, about 50 miles northwest of Detroit and three others were in nearby communities.
All but one of the victims has been black, but authorities tell The Detroit News and Detroit Free Press for stories Friday that they aren't ready to call the attacks racially motivated.
Flint Police Sgt. J. Leigh Golden says officials didn't know whether a man is targeting black men or if that's simply who he comes across while walking late at night.
Survivors have said they were attacked by a muscular-built white man with light-colored hair. The latest victim was found dead on Monday.