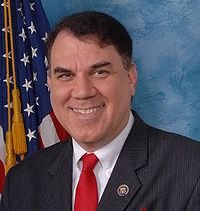 WASHINGTON (AP) — The House of Representatives on Thursday voted down a measure that would have reauthorized extended unemployment insurance for another three months, leaving no clear path forward to prevent the benefits from lapsing as scheduled on Nov. 30.
Without a reauthorization, the Labor Department estimates that two million long-term unemployed will prematurely stop receiving benefits before the end of the year.

Explosion of Anger Over Unemployment

The bill was brought to the floor under a "suspension of the rules," meaning it required approval from two-thirds of the House. It failed 258 to 154, with mostly Democratic support. Twenty-one Republicans voted in favor and 11 Democrats voted nay.

Even if it had passed the House, it's unclear how it would get through the Senate, where Democrats will need at least three Republicans to switch sides. No GOP moderates have signaled a willingness to support an unemployment reauthorization that isn't "paid for" with spending cuts — something Democrats have refused to do all year. In most recessions, the cost of federally-funded jobless aid is usually paid for with deficit spending.

It's likely there will be another effort in Congress to reauthorize the benefits before the Christmas break, though lawmakers will be off next week for Thanksgiving.

"My understanding is the Senate is trying figure out what vehicle they can add it to and how they can include and we'll see, but I don't think we should be going home over the holidays when people are losing their unemployment benefits, and especially when the struggle seems to be how you can give more money to rich people," Rep. George Miller (D-Calif.), chairman of the House Education and Labor committee, told HuffPost.

Democrats may attempt to attach a reauthorization of the extended benefits to a broader bill, such as a measure reauthorizing some of the Bush-era tax cuts set to expire at the end of the year.

Advocates for the unemployed want a bill that preserves existing benefits for the entirety of 2011.

White House spokesman Robert Gibbs on Thursday said Congress ought to reauthorize the benefits before its Christmas break.

"When we discuss how to get our economy moving again, there isn't an economist in the country who won't tell you that ensuring [that] those who lost their jobs have the ability to pay their rent, support their families, isn't in and of itself a great boost to the economy," he said.

I do not think that we want to leave here having fought for tax cuts for millionaires and against… unemployment insurance for those who lost their jobs."

Federally-funded extended benefits, which give the unemployed up to 73 weeks of benefits once they exhaust 26 weeks of state benefits, have needed several reauthorizations in the past year, and Congress has let them lapse three times. The shorter lapses didn't cause too much of an interruption in benefits, but over the summer, as Senate Republicans filibustered a reauthorization for 50 days, 2.5 million people stopped receiving checks for several weeks.

"Sadly, Congress is once again heading out of town just as the federal unemployment insurance programs are slated to expire, this time right as the holiday season begins," said Christine Owens, director of the National Employment Law Project, in a statement. "It is critical that a full-year renewal of the program moves to the top of the agenda when Congress returns on November 29th, to minimize the hardship and disruption to families and the economy that will result from the November 30th cut-off."