One in Five Urban Gay Men Are HIV Positive But Half Don't Know. 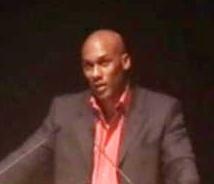 ATLANTA (AP) -- A government study found one in five sexually active urban gay and bisexual men is infected with HIV, and nearly half of those infected don't know they have the disease.
The study is considered the largest to look at urban gay and bisexual men at high risk for HIV, the virus that causes AIDS. More than 8,000 men in 21 U.S. cities were tested and interviewed.
The new study echoed earlier research that found men who were black and had lower incomes were the most likely to be infected and to not know it. The Skanner News Video: Keith Boykin at Ole Miss.

The federal Centers for Disease Control and Prevention announced the results Thursday. The study is being published in a CDC publication, Morbidity and Mortality Weekly Report.