Video: Wanted Men (And Women) with a Heart for Children

By Helen Silvis of The Skanner News
Published: 21 August 2010 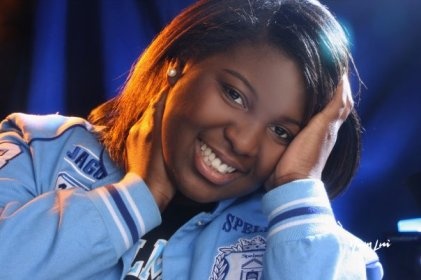 Somewhere in this city, a boy is in trouble. He cries himself to sleep listening to the sounds of his parents fighting. He's hungry: but finds no food in the fridge. Mama and Daddy get so mad. They scare him. Sometimes they don't wake up for hours. Other times they're just gone. One day, a policeman comes to the house, and soon comes a stranger lady. She says he and his sisters and his baby brother have to go with her. He's going to be in foster care now.

That's the story of many children who enter foster care –about 510,000 children a year in the United States.
"I was 10 years old and I was very, very scared," says former foster child, Shantel Monk. "I didn't know what to expect; I didn't want to be there."
That was more than seven years ago. Today, Shantel is a high school graduate, majoring in Child Development with a minor in Womens Studies,  at the historically black Spelman College. She's thinking about  maybe going to law school. She also mentors 20 freshman students and  volunteers in an elementary school. Shantel's journey is remarkable because she is soaring high, despite her rough start in life. She credits her ability to rise above the pain that every foster child carries to the Court Appointed Special Advocate who walked with her step-by-step on her path into, and now out of, foster care.
"My CASA and her husband Phil made my life in foster care much easier," she says. "They welcomed and encouraged me. I really wanted to go De La Salle North High School – and Peggy was the one that made that happen. I didn't have the money to go and she acted as my guardian. She really helped me a lot.
"Peggy and her husand did everything they thought was best for us.  He tutored my siblings in math. They helped us get mentors, Big Brothers and Big Sisters. They were the ones who really showed us they cared."

Every foster child is supposed to have a CASA – a trained volunteer whose only responsibility is to that hurting child. 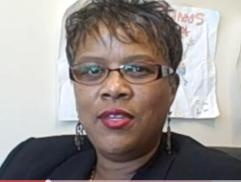 "A CASA is someone who doesn't want anything from the child and is only there to help them," says Letha McCleod, who started out as a CASA volunteer and now works for the CASA program in Multnomah county.

CASAs listen to the child's point of view. They speak up for the child in meetings. They show the child that trustworthy adults do exist. They care, McCleod says.
"What a CASA gives is hope. They listen and they give children a voice."
Every child is supposed to have that hope. Too many don't, because there are not enough CASAs to go around.

Strong Caring Men Give Children Courage and Confidence.
True story: The figures show that around 1,103, African American, and 1,170 Native American children will be in foster care this year. But the CASA program has just 3 African American volunteers. And it's the same picture with Native American CASA's. Far too few to meet the need. Another problem: Not enough men of all colors to lend their strength to boys and youth, badly in need of a caring male in their lives.

"We need men," McCleod told The Skanner News on the mezzanine at the Juvenile Justice Center. "We need men and we need African Americans and Native Americans and Hispanics and whites – we need people from all walks of life, all colors… What we need here in this city is for people to rise up and stand up for these children.

"I can turn on my television and see Black people marching in the streets for those young people who are dead at the hands of the police, but where were these same people when those young people were alive and having problems? Now, I am truly sorry for this  great tragedy of these young ones whose lives were cut short. And my heart goes out to their loved ones.  Black people are out there marching in the streets  with Jesse Jackson for the dead, but they're not marching for the children who are alive.

"Tell me... what kind of message does that send to our young people who are in desperate need of help? I have to die before someone will march for me: Is that the message we want to send them?

"Every day I see Black families marching through these doors at an alarming rate. And yet there are no Black leaders with them, in front of them or behind them to support them as they wade through the legal system. No-one is marching for children who may enter into foster care, or who are in foster care."


McCleod isn't asking you to march in the streets. She's asking you to consider volunteering with CASA, and becoming a champion and a loyal friend to one abused and neglected child. All you need, she says, is a sense of right and wrong and a heart for children.

Do You Have a Heart For Children?
Training to be a CASA takes five weeks, two nights a week for 3-4 hours. You will have to undergo a background check, but even a past criminal record will not rule you out. CASA wants a two-year commitment. Once accepted, you will be sworn-in by a judge and assigned a child. How much time will you have to spend: About 20 hours a month. Letha McCleod says it's NOT easy to hear about the abuse that afflicts our community. But it is rewarding when you see your CASA child gaining strength, hope and happiness.
Abuse and neglect rob children of the feeling that they are loved, that they have a home, that they belong in a family. Without that caring foundation, children struggle to keep an emotional balance and fit in at school. They grieve. They feel angry, sad and hopeless. National studies, documented by Annie E. Casey Family Foundation, have shown that trauma affects children's brain development, making it difficult to concentrate on their lessons. The effects often are devastating and lifelong. But those studies also show that one caring adult can make a crucial difference. 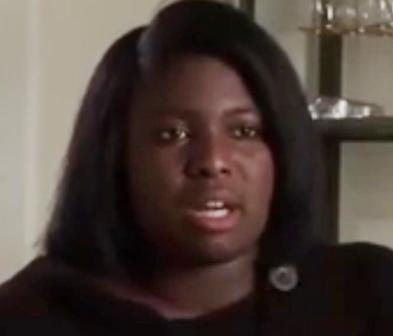 Foster children are more likely to suffer from addictions, mental health problems and unemployment. But Shantel's story shows us that it doesn't have to be this way. This summer she worked with Portland City Commissioner Dan Saltzman's office to kick off an exciting new youth program. Shantel is giving back to her – to our -- community -- and already has contributed more than many adults ever will.  The Skanner News Video: Shantel's Award.