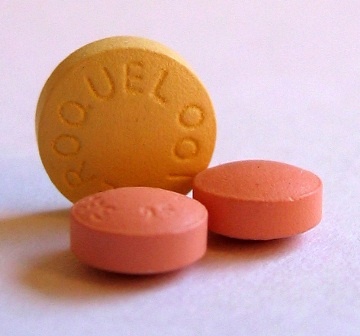 OLYMPIA – AstraZeneca Pharmaceuticals LP, the drug manufacturer, will pay the state of Washington some $10 million for improperly marketing Seroquel, a drug used to treat schizophrenia and manic depression.
The company broke the law by picking up the tab for doctors to attend meetings at resorts, where those doctors would "advise" the drug maker about marketing messages for unapproved uses, according to state and federal officials.
Medical professionals were also paid to serve as authors of promotional articles and to conduct studies for unapproved uses of the drug.
An investigation shows that as a result of these activities, misleading information was distributed about Seroquel. This led health providers to wrongly prescribe the drug to children, adolescents and dementia patients in long term care facilities – costing publicly funded programs millions of dollars.
"AstraZeneca's marketing practices were a bad deal for taxpayers and Medicaid patients," Washington State Attorney General Rob McKenna said. "This settlement recovers millions of dollars and sends a strong message about the marketing of drugs for unapproved uses.
Of the nearly $10 million in settlement funds, $4.6 million will be split between the state's Medicaid Program and general fund. The rest will cover the federal government's contribution to the state's Medicaid program.
Medicaid, funded jointly by the federal government and the states, pays for medical services for the poor.
Seroquel and other drugs are routinely purchased for Medicaid recipients. Seroquel is approved for the treatment of schizophrenia, bipolar disorder, also known as manic depression, and other specific conditions.
A government investigation revealed that between Jan.1, 2001, through Dec. 31, 2006, it was wrongly marketed to treat aggression, Alzheimer's disease, anger management, anxiety, attention-deficit hyperactivity disorder, dementia and sleeplessness. Seroquel is not approved by the Food and Drug Administration to treat any of these conditions.
The money comes from a $520 million settlement with AstraZeneca reached by several states and the federal government. The drug company also signed an agreement outlining its legal obligations related to future marketing and sales.
A National Association of Medicaid Fraud Control Units team participated in the investigation and conducted the settlement negotiations with AstraZeneca on behalf of the settling states.