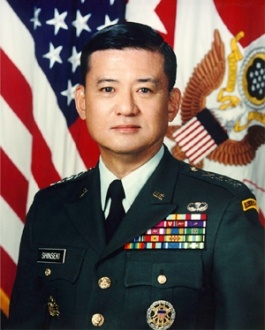 Even as Congress heads toward a showdown vote on health care reform this weekend, a new report slams rationed care and long waits for treatment at three of four Veterans Administration facilities – two of which are in Oregon.
The report, released Thursday by the Inspector General's Office, faulted management for making veterans wait too long for treatment because of poor communication and a lack of performance standards around timely completion of health exams.
Inspectors scrutinized wait times at VA facilities in Temple, Texas; in Winston-Salem, N.C.; in Hillsboro, and Roseburg.
Policy requires medical exams to be completed within three working days, the report says, but in Hillsboro 96 percent of the exams were not, while in Roseburg 45 percent were not.
Veterans Administration officials have already demanded the Hillsboro facility speed up 73 exam requests "for veterans who were seriously injured, classified in the Global War on Terror priority group, or due to the age of elderly veterans," according to the report.
In Texas, the exams were judged as timely within policy, and in Winston-Salem a backlog of 1,334 lingered with an average "age" of 40 days.
Oregon Sens. Jeff Merkley and Ron Wyden Thursday sent a letter to Gen. Erik Shinseki, the Veterans Affairs secretary, demanding immediate fixes to the problems, new systems to prevent unacceptable delays in the future, and immediate services to the individual veterans whose care has been held up.
"These exams are very important in determining disability ratings and any delays can jeopardize access to the appropriate care regimen and potentially deny veterans needed medical treatment," said spokeswoman Julie Edwards.
"This report really laid out the problem and we want to make sure it's addressed as soon as possible."
The report indicated that Hillsboro's problems were in large part due to the recent move of their exam clinic from Vancouver, Wa., which triggered a 90 percent turnover in administrators.
Also cited was an 18-percent increase in workload, the elimination of orthopedic and general medical providers, and an increase in exams for "unique medical conditions."
"I was particularly concerned to learn the extent to which veterans in the Portland and Roseburg areas have to wait for appropriate determinations of their cases," Merkley wrote in his letter to Shinseki.
"Although the Veterans Affairs Regional Office asked that these be expedited, the report concludes that 'the VA medical facility in Portland had not committed sufficient resources to ensure veterans received timely Compensation and Pension medical exams,'" the letter says.
The report found that in Roseburg, clinic managers facing a critical mass of exam requests longer than 90 years old had begun taking newer patients before working through their backlog – apparently to skew the statistical information to look like they were complying with policy.
"As a result, veterans experienced extensive delays in having the results of their exams returned to the Veteran Affairs Regional Office," the letter says. "This report makes it clear that the VA has not committed sufficient resources to provide adequate and timely care to our veterans."
Merkley and Wyden are demanding a response from Shinseki on the issue within two weeks.
The Veterans Administration tipline for suspected wrongdoing is 1-800-488-8244.