October 3: A Busy Day in History 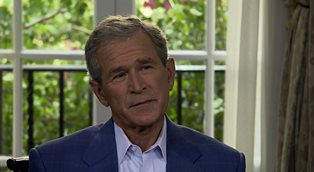 (CNN) -- History is made every day. But even by that standard, October 3 stands out as an especially eventful day.

Set aside the fact that it was on this day in 1863 that President Abraham Lincoln proclaimed a national day of Thanksgiving. Or that in 1964, the first buffalo wings were made at the Anchor Bar in Buffalo, New York. Or that in 2003, Roy Horn of Siegfried & Roy was attacked by one of their show tigers.

Here are five of the more significant recent events that took place on October 3:

On this day in 1974, Frank Robinson became the first black manager of a major league baseball team when he signed with the Cleveland Indians. Robinson managed the Indians during the last two years of his baseball career, before going on to manage three other major league teams. Robinson was inducted into the baseball Hall of Fame in 1982, after winning the World Series twice as a member of the Baltimore Orioles.

Twenty-three years ago on this day -- and three years after President Ronald Reagan famously called on Soviet leader Mikhail Gorbachev to "tear down that wall" -- East and West Germany became one nation once again. The German Democratic Republic joined the Federal Republic of Germany, and Berlin was once again reunited into a single city. The fall of the Berlin Wall began almost a year prior to the official reunification, and the indelible image of Germans beating at the wall with sledgehammers, pick axes, and anything else they could find was hailed as the picture of democratic victory for years to come.

1993: Black Hawk helicopters are shot down

Twenty years ago on this day, two U.S. Special Forces Helicopters, also known as Black Hawks, were shot down in Mogadishu, Somalia, killing 18 Americans. To this day, the battle casts a long shadow on United States' intervention in foreign soil. The Somali mission was intended to be a short one, but turned into an extended and violent battle in which hundreds of local Somalis were killed. The aftereffects of the clash linger in the insistence that the United States put no boots on the ground in Syria.

O.J. Simpson was not only acquitted on October 3, but also convicted on the same date more than a decade later in a different case.

In 1995, Simpson was acquitted of the murders of his estranged wife, Nicole Brown Simpson, and her friend, Ronald Goldman, in a sensational trial that gripped the world. Controversy surrounding the evidence and his famous lawyer Johnny Cochran. The relatively new concept of DNA testing were all debated in the media for weeks following Simpson's acquittal.

Thirteen years later to the day, in 2008, Simpson found himself on the receiving end of a guilty verdict. He was found guilty on numerous felony counts, including kidnapping, robbery, burglary, and assault with a deadly weapon -- all in connection with a Las Vegas hotel room robbery. Simpson is currently serving a 33-year sentence for armed robbery at Lovelock Correctional Center.

On this day in 2008, President George W. Bush signed the $700 billion dollar economic bailout bill into law. At the time, it was the most expensive government intervention in America's history. The bill, which was intended to bail out the nation's struggling financial system, allowed Treasury Secretary Henry Paulson to purchase troubled assets in the hopes that it would spur lending practices at a time when credit among investors was nearly frozen. But it took significantly more spending on the part of the government in the long run to attempt to correct the markets.