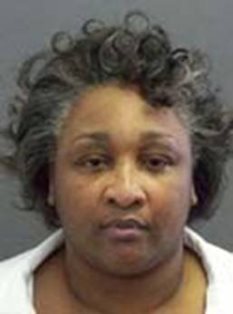 (CNN) -- Kimberly McCarthy on Wednesday evening became the 500th prisoner executed in Texas since 1976, when the death penalty was reinstated in the state, according to the Texas Department of Criminal Justice.

The 52-year-old former occupational therapist was convicted in 1997 of murdering her 71-year-old neighbor, Dorothy Booth, a retired college professor.

Booth was found beaten and stabbed to death, and one of her fingers was severed, indicating a ring was forcibly removed, the Department of Criminal Justice said.

Evidence later showed McCarthy had pawned the stolen diamond ring the day of the crime. When she was arrested, McCarthy was found with Booth's credit cards and a large knife stained with her neighbor's blood, the department said.

In her last statement, McCarthy thanked her supporters, including her ex-husband, attorney and spiritual adviser.

"Thank you everybody. This is not a loss, this is a win. You know where I am going. I am going home to be with Jesus. Keep the faith. I love y'all," McCarthy said, according to Jason Clark, another department spokesman.

Outside the prison, nicknamed the "Walls Unit," a small crowd of demonstrators gathered Wednesday afternoon to protest the execution. They held signs that read, "Don't kill for me" and "End executions in Texas."

The Texas Court of Criminal Appeals on Monday denied McCarthy's appeal of her sentence and declined on Tuesday to reconsider it, saying her claims should have been raised previously, CNN affiliate KPRC reported.

Texas has led the nation in the number of executions since 1976, but the number of states carrying out capital punishment continues to drop.

Last year, Texas executed more people than it sentenced to death for the eighth straight year.

Four states -- Texas, Oklahoma, Mississippi and Arizona -- accounted for three quarters of all U.S. executions in 2012.