Boston Bombing: Did the FBI Shoot an Unarmed Suspect? 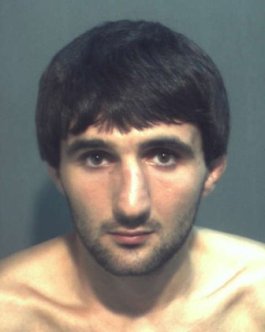 The Florida chapter of the Council on American-Islamic Relations on Wednesday called for an investigation into the shooting death of Ibragim Todashev, after reports surfaced saying that he was unarmed.

"Our call for an independent investigation of this disturbing incident is not just about the victim and his family, but is also about constitutional rights and the rule of law," said CAIR-Tampa Executive Director Hassan Shibly.

His comment came as unnamed sources told CNN affiliate WESH and the Washington Post that Todashev, a Muslim, was unarmed when he was shot at his home in Orlando while he was being questioned about his relationship with Tsarnaev.

The FBI began investigating the incident immediately after the shooting -- standard procedure in any agent-involved shooting.

"The FBI takes very seriously any shooting incidents involving our agents and as such we have an effective, time-tested process for addressing them internally. The review process is thorough and objective and conducted as expeditiously as possible under the circumstances."

Speaking on the condition of anonymity, a law enforcement official told CNN Wednesday that Todashev had a "violent confrontation" with the agent.

The official declined to discuss the details of that confrontation and would not say whether Todashev had a weapon.

Previously, a federal law enforcement official with direct knowledge of the case told CNN that Todashev "used some kind of weapon," and attacked the FBI agent.

CAIR's Shibly said the only thing in the home that could have been construed as a weapon was a model sword on the wall, which was present for some five hours without incident.

"It was not sharp. It was a decorative piece, and it had a broken handle," he told reporters.