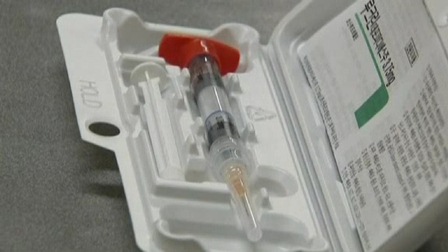 (CNN) -- South Korea is considering the expansion of its chemical castration law to those who have sexually assaulted victims as old as 19, according to the country's state-run news agency.

It would expand the reach of a recently passed law that focused on victims 16 and under.

Lee said he would consider many measures to try to combat the brutal sex assaults that have occurred in the country, calling the most recent attack "a crime that could only have been perpetrated by a man with the mind of a beast."

South Korea first used chemical castration in May on a sex offender who had been convicted of four counts of rape or attempted rape on young girls since the 1980s, according to the Ministry of Justice.

The term "chemical castration" is a misnomer because the practice involves medication rather than the surgical removal of sex organs. Its effectiveness stops when treatment is discontinued.

The change in law, if passed, is one of several measures proposed to fight sexual assault. The government is considering disclosing on a government website the home addresses of those who have sexually assaulted minors. Presently, the names are made public only at local levels. The government is also looking at retroactively applying an electronic monitoring law to those who were convicted before the 2010 law which requires sex offenders to be monitored, according to Yonhap.

The process of chemical castration has been used in various forms, either forcibly as a sentence or as a way for offenders to reduce their jail time in several countries including Argentina, Australia, Estonia, Israel, Moldova, New Zealand, Poland and Russia.

If the new measure is enacted, it would be the first to allow forcible chemical castration for those who have sexually assaulted someone as old as 19. Most of the countries using the process impose the punishment in cases with younger victims.

A version of chemical castration is also on the books in at least nine U.S. states, including California, Florida, Georgia, Iowa, Louisiana, Montana, Oregon, Texas and Wisconsin.

The process is controversial. Supporters say it can help curb an offender's urges, likely reducing his or her likelihood of committing a similar crime. But studies have shown that the process may not work for everyone and could have side effects. Some critics have said it also poses constitutional issues, at least in the U.S.

One paper, titled "Incapacitation through Maiming: Chemical Castration, the Eighth Amendment, and the Denial of Human Dignity," written by University of Florida law professor John F. Stinneford, argues that in addition to those concerns, the process may be more of a mental deterrent than it is a concrete, physical one.

"The very purpose of chemical castration is to exert control over the mind of the offender by rendering it incapable of experiencing sexual desire. The procedure is sometimes justified on the ground that some sex offenders are pedophiles who experience deviant (and often unwanted) sexual desire for children, and that for this group of offenders, chemical castration is a beneficial form of medical treatment," the paper says. "This argument fails, however, because the vast majority of sex offenders covered by the chemical castration laws do not have any sexual disorder, much less pedophilia. Many of these offenders may be incorrigibly bad, dangerous or antisocial people, but they do not suffer from a sexual sickness.

"Thus, subjecting them to chemical castration is not even arguably medically appropriate. Rather, it merely replaces the stone walls and iron bars of a traditional prison (where many sex offenders doubtless belong) with a less expensive but more degrading prison for the mind."