By Brian Stimson of The Skanner News
Published: 04 August 2010 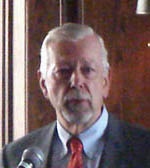 In California, a federal judge has ruled that Proposition 8 – a state constitutional amendment approved by 52 percent of voters – is a violation of the U.S. Constitution's Equal Protection Clause.
Chief U.S. District Judge Vaughn Walker said that personal dislike of gays and lesbians, or moral disapproval of their relationships, was not enough to support legislation against them.
He said supporters of Proposition 8 – the defendants in the case – presented no evidence that gay marriage would have a negative effect on heterosexual marriage or serve the interests of the state. In fact, the prohibition hurt the interests of promoting equality across the state, he said.
The Skanner News Video - Federal Judge Overturns Ban
Judge Walker directly addressed the interests of the defendants in banning gay marriage.
The defendants presented the following arguments:

California has eliminated all legally mandated gender roles except the requirement that a marriage consist of one man and one woman.
"Tradition alone, however, cannot form a rational basis for a law," he wrote in his opinion.

Gay marriage has already happened, even if new couples are not allowed to marry. About 18,000 gay and lesbian couples married – and remain married, except those couples who have separated or divorced -- before Proposition 8 was enacted.

Defendants argued that Proposition 8 furthered the interests of a child being raised by his or her biological family. 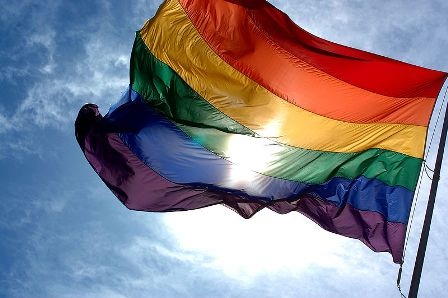 "The evidence shows beyond any doubt that parents' genders are irrelevant to children's developmental outcomes," Walker wrote. "Moreover, Proposition 8 has nothing to do with children, as Proposition 8 simply prevents same-sex couples from marrying."
Gay couples and individuals are already allowed to have and adopt children, both in California and other states.
Walker said another of the defendant's interests – encouraging "natural procreation" within stable family structures – is actually being harmed by Proposition 8.
"None of the interests put forth by proponents relating to parents and children is advanced by Proposition 8; instead, the evidence shows Proposition 8 disadvantages families and their children."

Protecting the Freedom of Those Who Oppose Gay Marriage

Defendants argued that they wouldn't be able to preserve "the prerogative and responsibility of parents to provide for the ethical and moral development and education of their own children" and they say it impeded their First Amendment rights.
Walker said this "fails as a matter of law."
Homosexuals are already protected under anti-discrimination laws of the state and it only restricts the rights of homosexuals. The right of someone to voice objection to gays or gay marriage is not affected in any way by Proposition 8 or the lack of Proposition 8.
"Proposition 8 is not rationally related to an interest in protecting the rights of those opposed to same-sex couples," he said.

Defendants say Proposition 8 is needed in order to maintain different names for different things. In other words, heterosexual marriage, supporters of 8 say, is semantically different from homosexual marriage.
"The evidence shows conclusively that moral and religious views form the only basis for a belief that same-sex couples are different from opposite-sex couples," Walker writes. "The evidence fatally undermines any purported state interest in treating couples differently."


Defendants maintain that Proposition 8 advances "any other conceivable legitimate interests identified by the parties, amici, or the court at any stage of the proceedings."
Walker says that these interests directly conflict with the guarantees of the 14th Amendment.
"The evidence shows that, by every available metric, opposite-sex couples are not better than their same-sex counterparts; instead, as partners, parents and citizens, opposite-sex couples and same-sex couples are equal.
"Here, the purported state interests fit so poorly with Proposition 8 that they are irrational," he said. "What is left is evidence that Proposition 8 enacts a moral view that there is something 'wrong' with same-sex couples."
Before the opinion was issued, both sides had promised an appeal. Walker has issued a stay on new marriage certificates for same sex couples until the matter is settled by the appellate court. Observers say it will likely be appealed all the way to the Supreme Court.