By Michael Warren of the Associated Press for The Skanner News
Published: 17 July 2010 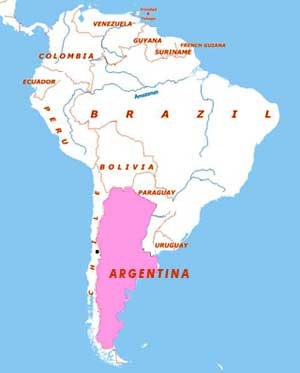 BUENOS AIRES - Argentina legalized same-sex marriage Thursday, becoming the first country in Latin America to declare that gays and lesbians have all the legal rights, responsibilities and protections that marriage brings to heterosexual couples.
After a marathon debate in Argentina's senate, 33 lawmakers voted in favor, 27 against and 3 abstained in a vote that ended after 4 a.m. Since the lower house already approved it and President Cristina Fernandez is a strong supporter, it becomes law as soon as it is published in the official bulletin, which should happen within days.
The law is sure to bring a wave of marriages by gays and lesbians who have found Buenos Aires to be a welcoming place to live. But same-sex couples from other countries shouldn't rush their Argentine wedding plans, since only citizens and residents can wed in the country, and the necessary documents can take months to obtain. While it makes some amendments to the civil code, many other aspects of family law will have to be changed.
The approval came despite a concerted campaign by the Roman Catholic Church and evangelical groups, which drew 60,000 people to march on Congress and urged parents in churches and schools to work against passage. Cardinal Jorge Mario Bergoglio led the campaign, saying "children need to have the right to be raised and educated by a father and a mother."
Nine gay couples had already married in Argentina after persuading judges that the constitutional mandate of equality supports their marriage rights, although their validity was later challenged by other judges. Congressional passage now removes that doubt.
As the debate stretched on for nearly 16 hours, large crowds held rival vigils through the frigid night outside the Congress building. When the final vote came, cheers and hugs broke out among the bill's supporters, with police keeping them separate from frustrated opponents who prayed and held rosaries.
"Marriage between a man and a woman has existed for centuries, and is essential for the perpetuation of the species," insisted Sen. Juan Perez Alsina, who is usually a loyal supporter of the president but gave a passionate speech against gay marriage inside the Senate chamber.
But Sen. Norma Morandini, another member of the president's party, compared the discrimination closeted gays face to the oppression imposed by Argentina's dictators decades ago.
"What defines us is our humanity, and what runs against humanity is intolerance," she said.
Same-sex civil unions have been legalized in Uruguay and some states in Mexico and Brazil. Colombia's Constitutional Court granted same-sex couples inheritance rights and allowed them to add their partners to health insurance plans. Mexico City went further, legalizing gay marriage and launching tourism campaigns to encourage foreigners to come and wed.
Argentina now becomes the first country in Latin America to legalize same-sex marriage nationwide, granting gays and lesbians all the same rights and responsibilities that heterosexuals have. These include many more rights than civil unions, including adopting children and inheriting wealth.
Gay rights advocates said Argentina's historic step adds momentum to similar efforts around the world.
"Today's historic vote shows how far Catholic Argentina has come, from dictatorship to true democratic values, and how far the freedom to marry movement has come, as twelve countries on four continents now embrace marriage equality," said Evan Wolfson, who runs the U.S. Freedom to Marry lobby.
Wolfson urged U.S. lawmakers to stand up "for the Constitution and all families here in the United States. America should lead, not lag, when it comes to treating everyone equally under the law."
Gay activists in neighboring Chile hope Argentina's milestone will improve chances for a gay marriage law currently in committee in their own Congress.
"Argentina's political class has provided a lesson to the rest of Latin America," said Rolando Jimenez in Santiago. "We hope our own countries and political parties will learn that the human rights of sexual minorities are undeniable."
Activists in Paraguay plan to propose a similar law to the senate in October, said Martin Viveros of the group Somosgay. And in Uruguay, gays unsatisfied with the partial rights that come through civil unions are preparing legislation that would replace references to "man and woman" with "spouse" throughout the civil code.
But many Argentines remain firmly opposed to the idea of gay marriage. Teacher Eduardo Morales, for one, said the law was concocted by Buenos Aires residents who are out step with the views of the country.
"They want to convert this city into the gay capital of the world," said Morales, of San Luis province.

Ines Franck, director of the group Familias Argentinas, said the legislation cuts against centuries of tradition.
Opposing the measure "is not discrimination, because the essence of a family is between two people of opposite sexes," he said. "Any variation goes against the law, and against nature."
The president, who helped the law's chances by bringing two senators opposed to gay marriage with her on a state visit to China, spoke out from there against the Catholic Church's campaign and the tone she said some religious groups have taken.
"It's very worrisome to hear words like 'God's war' or 'the devil's project,' things that recall the times of the Inquisition," she said.
That may play well in Argentina's socially liberal capital, where many of the country's gays and lesbians live, but could be costly in the conservative provinces. Some opposition leaders accused Fernandez and her husband Nestor Kirchner, who lobbied hard for passage, of trying to gain votes in next year's presidential elections, when the former president is expected to run again.
The vote came after Sen. Daniel Filmus urged fellow lawmakers to show the world how much Argentina has matured.
"Society has grown up. We aren't the same as we were before," he said.