Russia U.S. Spies Have Been Swapped

By David Nowak of the Associated Press and The Skanner Staff from Wire Reports
Published: 08 July 2010

The biggest Russia-U.S. spy swap since the Cold War has been completed, Ten defendants accused of spying for Russia have told a federal judge in New York that they are pleading guilty.  The exchange took place Friday a.m. It was brokered by Leon Panetta, director of the CIA.  The fate of the spies children has yet to be decided. Watch The Skanner News Video here. 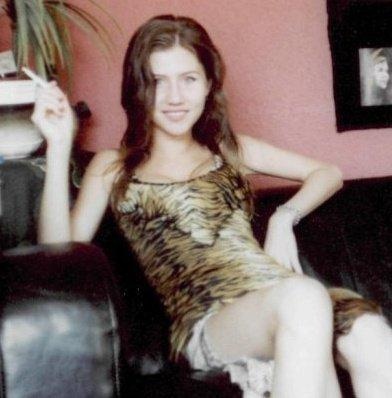 Anna Chapman, one of the spy ring, came to the United States from Britain after marrying an unsuspecting British man. Analysts say it is common practice to place spies in a Western country before moving them to the country that will be the target of their activity.
Chapman posted glamour shots of herself on Facebook. (see the photos posted here) But it's unclear how successful the ring was at delivering secrets to Russia.
The pleas took place Thursday, hours before the defendants were to be returned to Russia. The defendants were charged with conspiracy to act as an unregistered agent of a foreign country.
An 11th man, accused of being the paymaster for the spy ring, remains a fugitive after he fled authorities in Cyprus following his release on bail.
The arrests occurred more than a week ago, capping a decade-plus investigation of people who seemed to have embedded themselves in the fabric of American life. Authorities said they were reporting what they learned in the U.S. to Russian officials.
A Russian convicted of spying for the United States was reportedly plucked from a Moscow prison and flown to Vienna.
A swap would have significant consequences for efforts between Washington and Moscow to repair ties chilled by a deepening atmosphere of suspicion.
Most, if not all, of the 10 defendants charged in New York last week were expected to enter guilty pleas in a Manhattan court that would lead to their deportation, a person familiar with the talks between defense lawyers and the government told The Associated Press. The person, who said the defendants would plead guilty to conspiring to act as an agent of a foreign government, spoke on condition of anonymity because of the sensitivity of the plea discussions.
An 11th person charged in the case is a fugitive after jumping bail in Cyprus.
Lawyers for two defendants - Anna Chapman and Donald Heathfield - told the AP their clients would enter pleas to the conspiracy charge. 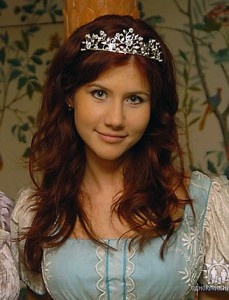 "It's a resolution that will put this thing behind him as quickly as we can arrange it," said Peter Krupp, Heathfield's attorney. He would not say whether the plea involves a swap.
One person familiar with the plea negotiations told The Associated Press that most of the defendants expected to be going home to Russia later Thursday. The person was not authorized to publicly discuss the matter in advance of the plea and spoke on condition of anonymity.
Igor Sutyagin, a Russian arms control analyst serving a 14-year sentenced for spying for the United States, had told his relatives he was going to be one of 11 convicted spies in Russia who would be freed in exchange for 11 people charged in the United States with being Russian agents. They said he was going to be sent to Vienna, then London.
In Moscow, his lawyer, Anna Stavitskaya, said a journalist called Igor Sutyagin's family to inform them that Sutyagin was seen walking off a plane in Vienna on Thursday. However, she told the AP she couldn't get confirmation of that claim from Russian authorities.
Russian and U.S. officials have refused to comment on any possible swap.
U.S. Attorney Preet Bharara would say Thursday only that prosecutors strive in all cases "to make sure that justice is served if consistent with the needs of national security, and the way we deal with national security is to make sure that is done in a way that is consistent with justice.
"Whatever the disposition is in this case, I think people should be confident it was done in the interest of national security and justice," Bharara said in White Plains, N.Y.
Special riot police had beefed up security around Moscow's Lefortovo prison early Thursday, and a gaggle of TV cameras and photographers jostled for the best position to see what was going on. A convoy of armored vehicles arrived at the prison, thought to be the gathering point for people convicted of spying for the West, including Sutyagin.
Police cars and prison trucks left the prison all morning, but it was unclear whether they carried any passengers.
"A swap seems very much on the cards. There is political will on both sides, and actually by even moving it as far as they have, Moscow has de facto acknowledged that these guys were spies," intelligence analyst Pavel Felgenhauer said Thursday.
Five of the suspects charged with spying in the U.S. were ordered to New York on Wednesday, joining five others already behind bars there, after Sutyagin was transferred from a forlorn penal colony near the Arctic Circle and spilled the news of the swap.
Dmitry Sutyagin said his brother remembered only one other person on the Russian list of spies to be exchanged - Sergei Skripal, a colonel in Russian military intelligence who in 2006 was sentenced to 13 years on charges of spying for Britain.
A spokesman for British Prime Minister David Cameron would not confirm or deny a possible London tie to the spy swap. "This is primarily an issue for the U.S. authorities," spokesman Steve Field said.
The 11 suspects were formally charged in a federal indictment unsealed Wednesday in New York. All were charged with conspiring to act as secret agents; nine were charged with conspiracy to commit money laundering. The indictment demanded that those accused of money laundering return any assets used in the offense. 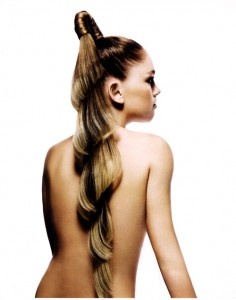 Prosecutors released a copy of the indictment as federal judges in Boston and Alexandria, Va., signed orders directing that five defendants arrested in Massachusetts and Virginia be transferred to New York. All were charged in Manhattan.
The defendants were accused of living seemingly ordinary lives in America while they acted as unregistered agents for the Russian government, sending secret messages and carrying out orders they received from their Russian contacts.
All are in U.S. custody except for a man identified as Christopher R. Metsos, who is charged with being the spy ring's paymaster. Metsos, traveling on a forged Canadian passport, jumped bail last week after being arrested in Cyprus.
Sutyagin, who worked as an arms control and military analyst at the Moscow-based U.S.A. and Canada Institute, a think tank, was arrested in 1999 and convicted in 2004 on charges of passing information on nuclear submarines and other weapons to a British company that investigators claimed was a CIA cover. Sutyagin has all along denied that he was spying, saying the information he provided was available from open sources.
His case was one of several incidents of Russian academics and scientists being targeted by Russia's Federal Security Service and accused of misusing classified information, revealing state secrets or, in some cases, espionage.

More About the Spy Swap

Spies Like Us: Pakistan and the US Wage an Information War with Double Agents