Spies Like Us. Pakistan and the CIA Wage an Information War

By Adam Goldman and Matt Apuzzo of the Associated Press for The Skanner News
Published: 08 July 2010

WASHINGTON (AP) --Publicly, the U.S. credits Pakistan with helping kill and capture many al-Qaida and Taliban leaders. Privately, the relationship is often marked by mistrust and double-dealing as Pakistan runs double agents against the CIA and the agency tries to penetrate Pakistan's closely guarded nuclear program. 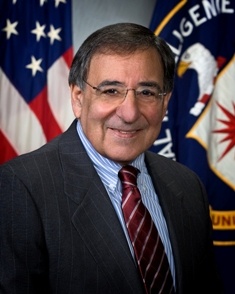 ( Russia US Spy Swap story with Anna Chapman pics here ) Spying among friends is old news in the intelligence business, but the U.S.-Pakistan relationship is at the heart of Washington's counterterrorism efforts. Any behind-the-scenes trickery could undermine those efforts as well as the long-standing hunt for Osama bin Laden.
One recent incident underscores the schizophrenic relationship between the two countries. Last year, a Pakistani man approached CIA officers in Islamabad, offering to give up secrets of his country's nuclear program. To prove he was a trustworthy source, the man claimed he had spent nuclear fuel rods. But suspicious CIA officers quickly concluded that Pakistan's spy agency, the Inter-Services Intelligence, was trying to run a double agent against them.
CIA officers alerted their Pakistani counterparts. Pakistan promised to look into the matter and, with neither side acknowledging the man was a double agent, the affair came to a polite, quiet end.
Bumping up against the ISI is a way of life for the CIA in Pakistan, the agency's command center for recruiting spies in the country's lawless tribal regions. Officers there also coordinate Predator drone airstrikes, the CIA's most successful and lethal counterterrorism program. The armed, unmanned planes take off from a base inside Pakistani Baluchistan known as "Rhine."
"Pakistan would be exceptionally uncomfortable and even hostile to American efforts to muck about in their home turf," said Graham Fuller, an expert on Islamic fundamentalism who spent 25 years with the CIA, including a stint as Kabul station chief.
That means incidents such as the one involving nuclear fuel rods must be resolved delicately and privately.
"It's a crucial relationship," CIA spokesman George Little said. "We work closely with our Pakistani partners in fighting the common threat of terrorism. They've been vital to the victories achieved against al-Qaida and its violent allies. And they've lost many people in the battle against extremism. No one should forget that."

CIA Discovered Double Agents
Details about the CIA's relationship with Pakistan were recounted by nearly a dozen former and current U.S. and Pakistani intelligence officials, all of whom spoke on condition of anonymity because they were not authorized to discuss the matter.
An ISI official denied that the agency runs double agents to collect information about the CIA's activities. He said the two agencies have a good working relationship and such allegations were meant to create friction between them.
But the CIA became so concerned by a rash of cases involving suspected double agents in 2009, it re-examined the spies it had on the payroll in the Afghanistan-Pakistan region. The internal investigation revealed about a dozen double agents, stretching back several years. Most of them were being run by Pakistan. Other cases were deemed suspicious. The CIA determined the efforts were part of an official offensive counterintelligence program being run by Gen. Ahmed Shuja Pasha, the ISI's spy chief.
Pakistan's willingness to run double agents against the U.S. is particularly troubling to some in the CIA because of the country's ties to longtime Osama bin Laden ally Gulbuddin Hekmatyar (gool-boo-DEEN' hek-mat-YAR') and to the Haqqani network, a Pakistan-based Taliban faction also linked to al-Qaida.
In addition to its concerns about Pakistan's nuclear program, the CIA continues to press the Pakistanis to step up their military efforts in North Waziristan, the tribal region where Hekmatyar and Haqqani are based.
CIA Director Leon Panetta talked with Pasha about ISI's relationship with militants last year, reiterating the same talking points his predecessor, Gen. Michael Hayden, had delivered. Panetta told Pasha he had needed to take on militant groups, including those such as Hekmatyar and Haqqani, a former U.S. intelligence official said.
But the U.S. can only demand so much from an intelligence service it can't live without.
Recruiting agents to track down and kill terrorists and militants is a top priority for the CIA, and one of the clandestine service's greatest challenges. The drones can't hit their targets without help finding them. Such efforts would be impossible without Pakistan's blessing, and the U.S. pays about $3 billion a year in military and economic aid to keep the country stable and cooperative.
"We need the ISI and they definitely know it," said C. Christine Fair, an assistant professor at Georgetown University's Center for Peace and Security Studies. "They are really helping us in several critical areas and directly undermining us in others." Who Is The Enemy in the Tribal Areas?
Pakistan has its own worries about the Americans. During the first term of the Bush administration, Pakistan became enraged after it shared intelligence with the U.S., only to learn the CIA station chief passed that information to the British.
The incident caused a serious row, one that threatened the CIA's relationship with the ISI and deepened the levels of distrust between the two sides. Pakistan almost threw the CIA station chief out of the country.
A British security official said the incident was "a matter between Pakistan and America."
The spate of Pakistani double agents has raised alarm bells in some corners of the agency, while others merely say it's the cost of doing business in Pakistan. They say double agents are as old as humanity and point to the old spy adage: "There are friendly nations but no friendly intelligence services."
"The use of double agents is something skilled intelligence services and the better terrorist groups like al-Qaida, Hezbollah, provisional Irish Republican Army and the Tamil Tigers have regularly done. It's not something that should be a surprise," said Daniel Byman, a foreign policy expert at the Saban Center at Brookings Institution.
Nowhere is the tension greater than in the tribal areas, the lawless regions that have become the front line in what Panetta described Sunday as "the most aggressive operations in the history of the CIA."
The area has become what's known in spy parlance as a wilderness of mirrors, where nothing is what it appears. The CIA recruits people to spy on al-Qaida and militant groups. So does the ISI. Often, they recruit the same people. That means the CIA must constantly consider where a spy's allegiance lies: With the U.S.? With Pakistan? With the enemy?
Pakistan rarely, if at all, has used its double agents to feed the CIA bad information, the former U.S. officials said. Rather, the agents were just gathering intelligence on American operations, seeing how the CIA responded and how information flowed.

Inexperienced Agents Challenged in Difficult Terrain
Former CIA officials say youth and inexperience among a new generation of American officers may have contributed to the difficulties of operating in the tribal regions, where the U.S. is spending a massive amount of money to cultivate sources.
After the 2001 terrorist attacks, the CIA dispatched many young officers to Pakistan and Afghanistan to recruit al-Qaida spies. Young officers sometimes unwittingly recruited people who had been on Pakistan's payroll for years, all but inviting Pakistan to use their longtime spies as double agents, former CIA officials said.
The Pakistanis "are steeped in that area," Fuller said. "They would be tripping over a lot of the same people."
Many former CIA officials believe a lack of experience among agency officers led to the bombing in Khost, Afghanistan, last year that killed seven CIA employees. The CIA thought it had a source who could provide information about al-Qaida's No. 2, Ayman al-Zawahiri, who was believed to be hiding in the tribal lands. But the person turned out to be a double agent wired with explosives.
Ironically, the CIA steered the source to Khost because officers were concerned ISI would spot him if they brought him to Islamabad for questioning or possibly even arrest him because he was an undocumented Arab.
But inexperience isn't always the problem.
One example of how the suspicious relationship constrains operations was the CIA's base in the remote town of Miram Shah in North Waziristan. U.S. military and CIA officers worked with the ISI together there, under the protection of the Pakistani army, which kept the base locked down.
The two intelligence agencies sometimes conducted joint operations against al-Qaida but rarely shared information, a former CIA officer said. Haqqani spies were well aware the CIA was working there, and the base frequently took mortar and rocket fire.
Two former CIA officers familiar with the base said the Americans there mainly exercised and "twiddled their thumbs." Just getting out of the base was so difficult, U.S. personnel gave it the nickname "Shawshank" after the prison in the movie "The Shawshank Redemption."
The CIA closed the base last year for safety reasons. None of that tension ever spilled into the public eye. It's the nature of intelligence-gathering.