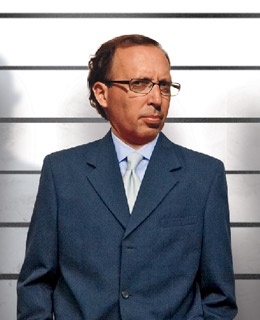 WASHINGTON (AP) -- A former top executive of American International Group Inc. acknowledged this week that his division more than tripled the amount of risky investments it insured in the three years leading up to the 2008 financial meltdown.


But Joseph Cassano, chief executive for AIG's key Financial Products division, rebuffed accusations from a special panel investigating the crisis that he relaxed standards to issue more credit default swaps.
AIG received a $182 billion taxpayer bailout -- the biggest of the federal rescues -- after it nearly collapsed and helped trigger the financial crisis.
``We never diluted our underwriting standards at any point in time,'' Cassano told the Financial Crisis Inquiry Commission, a bipartisan panel created by Congress, in his first public comments since the crisis.
AIG's Financial Products division sold billions of dollars of credit default swaps, guarantees on mortgage securities that ended up forcing the company to pay out billions after the housing market went bust. That pushed AIG to the brink of failure in September 2008.
The inquiry panel chairman, Phil Angelides, questioned how the world's largest insurer could raise the amount of swaps it issued, from $17 billion in 2005 to $78 billion in 2007, without compromising its standards.
Martin Sullivan, a former CEO of the company, said he wasn't told until several months afterwards in 2007 that the amount had tripled.
AIG and Goldman Sachs executives appeared at the hearing focused on derivatives, the complex instruments at the heart of the meltdown. The panel is also examining the relationship between AIG and Goldman, two companies that made some of the riskiest derivative trades leading up to the crisis.
Cassano, who was forced to retire in March 2008, said the federal government paid too much to settle AIG's debt. He said he could have negotiated better deals with the company's Wall Street trading partners, if he had stayed on with the company. He also said he thought the housing market would turn around and that the company could have recouped some of the value in its investments if it had been more patient.
``I think I would have negotiated a much better deal for the taxpayer than what the taxpayer got,'' Cassano said.
A major beneficiary of the AIG money was Goldman Sachs Group Inc., which received $12.9 billion.
Goldman Sachs profited from its bets against the housing market before the crisis. It continued to ring up huge profits after accepting federal bailout money and other government subsidies. Its dealings in another type of derivative, known as collateralized debt obligations, have brought it harsh scrutiny by a Senate panel and in the case of one $2 billion CDO, civil fraud charges from the Securities and Exchange Commission. Goldman has denied any wrongdoing.
``We did not bet against our clients,'' Gary Cohn, Goldman's president and chief operating officer, told the panel. ``During the two years of the financial crisis, Goldman Sachs lost $1.2 billion in its residential mortgage-related business.''
The value of derivatives hinges on an underlying investment or commodity -- such as currency rates, oil futures or interest rates. The derivative is designed to reduce the risk of loss from the underlying asset.
After the subprime mortgage bubble burst in 2007, derivatives called credit default swaps, which insured against default of securities tied to the mortgages, collapsed. That brought the downfall of Lehman Brothers and nearly toppled AIG. New York-based AIG got an initial $85 billion infusion from the government in September 2008.
Much of the federal rescue money for AIG went to meet the company's obligations to its Wall Street trading partners on credit default swaps. The biggest beneficiary of the AIG money was Goldman, which received $12.9 billion.
A CDO is a pool of securities, tied to mortgages or other types of debt that Wall Street firms packaged and sold to investors at the height of the housing boom. Buyers of CDOs, mostly banks, pension funds and other big investors, made money off the investments if the underlying debt was paid off. But as U.S. homeowners started falling behind on their mortgages and defaulted in droves in 2007, CDO buyers lost billions.