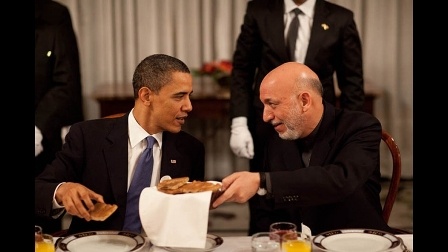 WASHINGTON (AP) -- A key House panel voted Wednesday to cut off almost $4 billion in aid to the government of Afghanistan pending an investigation into charges that Afghan officials are blocking corruption probes and huge amounts of foreign aid is being stolen.


The bipartisan move by the foreign aid appropriations subcommittee comes after The Washington Post reported that top officials in President Hamid Karzai's government were blocking corruption probes of political allies and amid widespread assumptions that Afghan powerbrokers are moving millions of dollars out of the country.
The panel's chairwoman, Rep. Nita Lowey, D-N.Y., is instead demanding that the Government Accountability Office conduct an audit of billions of dollar of past U.S. aid.
"We have an obligation to every American to ensure that their hard earned tax dollars are not squandered through corruption and graft," Lowey said.
Military operations funded through a separate bill would not be affected, nor would humanitarian aid. The House is slated to vote as early as Thursday on legislation funding President Barack Obama's $33 billion military aid request, which would fund the president's surge of 30,000 troops.
And the bill in question, a $53 billion measure funding foreign aid for the upcoming budget year, retains the money in placeholder accounts that could still be tapped before the Oct. 1 start of the fiscal year.
"I do not intend to appropriate one more dime for assistance to Afghanistan until I have confidence that U.S. taxpayer money is not being abused to line the pockets of corrupt Afghan government officials, drug lords and terrorists," Lowey said.
Rep. Kay Granger of Texas, top Republican on the panel, agreed with the aid cutoff.
"The administration's policy of providing direct assistance to the government of Afghanistan assumes a great deal of risk and with ongoing corruption inside the Afghan government, it is difficult to justify," Granger said.
But Rep. Mark Kirk, R-Ill., worried that the move could imperil important projects such as improvements to Kandahar's electrical system, which he said is an important step to winning over the residents of the area to the U.S. mission.