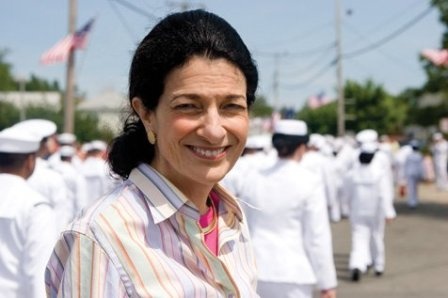 
WASHINGTON — For the third time in as many weeks, Republicans in the Senate have successfully filibustered a bill to continue providing unemployment checks to millions of people.
But since Republicans Olympia Snowe and Susan Collins of Maine voted with Democrats to advance the $33 billion measure, its passage seems assured next month once a replacement is named for Democratic Sen. Robert Byrd, who died on Monday. Democrats would then have a filibuster-proof majority for the bill. Watch this video analysis on The Skanner News YouTube Channel

About 1.3 million people who have been out of work for more than six months have already lost jobless checks averaging about $300 a week when benefits began running out earlier this month.

Is the recovery fizzling? The Skanner News video click here
THIS IS A BREAKING NEWS UPDATE. Check back soon for further information. AP's earlier story is below.

Watch video of Republican Sharon Angle on The Skanner News You Tube Channel
WASHINGTON (AP) — Unable to deliver more stimulus spending for President Barack Obama, Democrats in Congress are trying at least to restore jobless benefits for 1.3 million laid-off workers.
Democrats in both the House and Senate planned to vote on bills Thursday that would extend unemployment benefits through the end of November for people who have been laid off for long stretches. House Democrats postponed a vote scheduled for Wednesday. Democratic leaders were hoping to pass the extension before Congress goes on a weeklong Independence Day recess.


Without an extension, every week a new 200,000 of the nearly 7 million people who have been without a job for at least six months will lose their unemployment benefits. About 1.3 million have already lost benefits since the last extension ran out at the end of May, Labor Secretary Hilda Solis said.
"We have a basic responsibility to help our constituents respond to emergencies," said Senate Majority Leader Harry Reid, D-Nev. "We have a fundamental obligation not to deny them the help they need when they need it the most."
Congressional Democrats began the year with an aggressive agenda of passing a series of bills designed to create jobs. Only one has become law, offering tax breaks to companies that hire unemployed workers. Others stalled as lawmakers, after hearing from angry voters, became wary of adding to the national debt, which stands at $13 trillion.
Obama has urged lawmakers to spend about $50 billion to help states pay for Medicaid programs and to avoid teacher layoffs, but Democrats in Congress have been unable to come up with the votes.
"This is crucial for America and crucial to the citizens of our states," Pennsylvania Gov. Ed Rendell said at a Washington, D.C., news conference with governors from New York, Maryland, Washington, Kansas, Washington and Michigan.
Rendell said Pennsylvania stands to lose $850 million in Medicaid money. Kansas Gov. Mark Parkinson said his state might have to lay off 3,600 teachers.
Many Democrats see state aid and unemployment benefits as insurance against the economy sliding back into recession. Solis said extending benefits for the unemployed is a good way to stimulate the economy.
"It means they've got money in their pocket for the local grocery store, for the local gas station and the local hardware store," Solis said. "It means more money in local economies and more job creation."
However, many Republicans and some Democrats worry about adding to the growing national debt.
"No one's disputing the value of these very important programs," said Sen. Scott Brown, R-Mass. "But we also have to have tough choices and we also need to live within our means."
Brown and other Republicans want to pay for the unemployment benefits with unspent money from last year's massive economic recovery package.
The Democrats' unemployment bill would provide up to a total of 99 weekly unemployment checks averaging $335 to people whose 26 weeks of state-paid benefits have run out. The benefits would be available through the end of November, at a cost of $33.9 billion. There are no offsets in the bill, so the cost would add to the budget deficit.
It's a tough vote for some lawmakers who want to help constituents hit hard by the recession but are wary of being labeled big spenders.
Senate Democrats have combined the unemployment benefits with an extension of a popular tax credit for people who buy new homes.
Under current law, homebuyers who signed purchase agreements by April 30 must close on their new homes by Wednesday to qualify for credits of up to $8,000. The bill would give those buyers until Sept. 30 to complete the purchases and qualify for the credit. The House passed that measure Tuesday as a stand-alone bill.
Senate Democrats hope to pick up Republican support for the bill by combining the two provisions, but they were still a vote short of the 60 needed to advance the bill, Reid said Wednesday. Reid said he had commitments from two Republican senators to support the bill, but with the death of Sen. Robert Byrd, D-W.Va., Democrats need another vote.
The two senators from Maine, Republicans Olympia Snowe and Susan Collins, have both said they would join Democrats in supporting an extension of unemployment benefits.
Sen. George Voinovich, R-Ohio, said he offered to support the bill if it was paid for with unspent stimulus money.
"My concern is that the Democrats are more interested in having this issue to demagogue for political gamesmanship than they are in simply passing the benefits extension," Voinovich said. "I came to the table with a fair compromise and the ball is in their court."
Associated Press writer Andrew Miga contributed to this report.