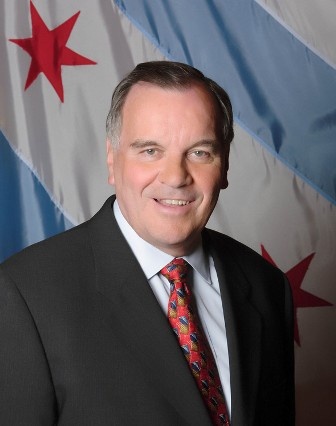 CHICAGO — If the U.S. Supreme Court strikes down Chicago's handgun ban, the city will likely do what Washington, D.C., did when its own ban was overturned two years ago: Put in place all sorts of restrictions to make it tougher to buy guns and easier for police to know who has them.
Prospective gun owners in D.C. now are required to take training courses that include spending one hour on a firing range and several hours in a classroom learning about gun safety. They also must pass a 20 question test based on D.C.'s firearm laws.
The Skanner News video click here
Chicago Mayor Richard Daley says he's encouraged by what he sees in D.C. and vows not go down without a fight.
"We're not going to roll over," Daley told The Associated Press.
While he and city officials would not say specifically what plans they have in mind if the Supreme Court rules against the city next week, observers say that a ruling favorable to Chicago gun rights supporters will lead to a new round of legislation — and lawsuits.
"Just like they did in Washington, D.C., the city of Chicago is going to try to make it as difficult and discouraging as humanly possible to keep people from having guns in their homes for personal protection," said Dave Workman, spokesman for the Bellevue, Wa.-based Second Amendment Foundation.
Since the ban was lifted in D.C., just over 800 guns have been registered in city. The relatively low total comes as the district passed the slew of new requirements that also include being fingerprinted and taking ballistic tests, which could help police track bullets back to specific guns if needed.
"The Supreme Court tore down the wall, and D.C. built up 95 percent of it again," said Richard Gardiner, who is suing the district over the new laws on behalf of Dick Heller, the plaintiff in the original case.
Daley is one of the nation's most vocal gun control advocates, and has a reputation for wielding his power. And he has a reason to stay tough: while the city's murder rate has dropped in recent years, but it is still one of the highest in the country.
Washington, D.C.'s police chief, Cathy Lanier, said the city has "yet to have a case where someone was about to be the victim of a crime where someone pulled a handgun and saved themselves." However, that isn't the case in Chicago, and many say that could provide the motivation for more people to purchase guns if a ban is lifted.
In May, a retired police officer shot two men, one fatally, after, police say, the men gunned down his son during the theft of his motorcycle. Days later, an 80-year-old Korean War veteran shot and killed a burglar who'd broken into his West Side home after the armed intruder had fired his gun at the man and missed, relatives said.
Not lost on Chicago residents is the fact that the elderly man shot the intruder with an illegal gun and the reason the other man could legally own a gun was because he was a retired Chicago police officer.
"If (the elderly man) didn't have that gun ... all of them would have been dead," said Charlene Figgins, 50, who lives nearby. "That's the bottom line."
Daley counters such talk by pointing to other cases, including one in which a suburban Chicago man shot and killed a neighbor because the neighbor's dog urinated on his lawn, as examples of the dangers of handguns in the home. But he said he and others expect gun advocates and manufacturers to capitalize on the shooting involving the 80-year-old man.
"People will begin to think that since you had a couple high profile cases, they might think (buying a handgun) might be a good thing," said Tio Hardiman, a spokesman for CeaseFire, an anti-violence program in the city. "They don't know if they're going to be the next victim or not."
Lanier, D.C.'s police chief, said she believes getting rid of the ban has not had an effect on crime. The number of accidental shootings in homes, domestic violence shootings and suicides did not go up as a result, she said. Nor, she said, has the homicide rate gone down as a result of lifting the ban, a frequent claim by gun rights advocates.
"I just hope that there's not a thought that allowing people to legally register guns is going to have a big impact on crime," she said. "It certainly hasn't here."
If the court reverses the ban, Chicago most likely will create a weapons registry and make that information available to police, firefighters and others who respond to emergencies. Gardiner said the pending lawsuit he filed is fighting a similar registry in D.C.
The city is also thinking about requiring anyone who purchases a gun to also buy insurance — a step Gardiner said D.C. didn't take. But, Daley said, "It's common sense."
Then there are the gun shops. Though they are legal now in D.C., none have opened, in large part because the city implemented regulations both on store owners and buyers.
In Chicago, one owner of a suburban gun store said the city would hit anyone who tried to set up shop in the city with a flood of regulations and mountains of paperwork.
"It would be a legal nightmare," said Noel Incavo, of Midwest Sporting Goods.
There's also the possibility the city won't bother with all that.
"We could seek to draft an ordinance that would ban gun shops in the city of Chicago," Mara Georges, Chicago's corporation counsel, said.
Gresko reported from Washington, D.C.