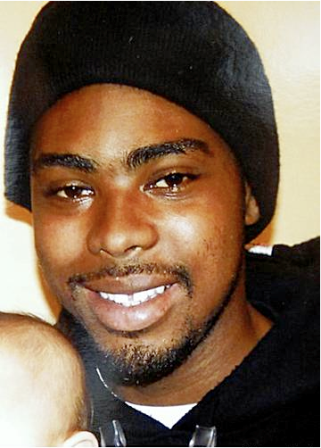 LOS ANGELES — A former Bay Area Rapid Transit police officer took the stand Thursday in his own defense at his trial on a charge of murdering an unarmed Black man on an Oakland train platform, marking the first time the officer has spoken publicly about the New Year's Day 2009 shooting.
Johannes Mehserle, who is White, testified about his background as a police officer and some of the events that led up to the shooting of 22-year-old Oscar Grant.
Mehserle has pleaded not guilty, but cried on the witness stand Friday morning. He told jurors the shooting was a mistake and that he meant to grab his Taser, not his handgun.
Earlier, video expert Michael Schott testified for the defense that Grant didn't have both of his hands behind his back when he was shot.
The defense has argued that Mehserle struggled for 12 seconds to grab Grant's hands.
Prosecutors have contended that Grant was complying with officers when he was shot.
Schott broke down videos taken by bystanders frame by frame showing jurors key movements prior to the shooting. Schott said Grant's left hand was free as Mehserle drew his handgun and then shot him in the back while he lay on his stomach.
"It appears to be free and up in the air?" defense attorney Michael Rains asked Schott.
"Yes," Schott replied.
Schott added later that Grant's right arm was at the small of his back and the left hand fell in the same location four-tenths of a second after Mehserle fired the fatal shot. His testimony drew gasps from Grant's family.
The defense has argued Mehserle told a fellow offer he was going to use his Taser stun gun. Instead, Mehserle mistakenly pulled out his .40-caliber handgun and shot Grant, 22, according to the defense.
Mehserle's trial was moved from Alameda County to Los Angeles because of intense media coverage and racial tensions. Mehserle resigned shortly after the shooting.
Unlike prosecutors who played their own synchronization of six videos all at the same time once for jurors, Schott slowed down his own version and pointed out details that otherwise might have been overlooked.
Schott said two of the videos show Mehserle tugging four times on his gun, trying to get it out of the holster.
In order to get the weapon out, Mehserle would have had to push down, move the holster hood forward and then release with a lever. Unholstering a stun gun requires unsnapping a button, then pushing forward a hood.
Schott also testified that one of the videos show Mehserle moving his thumb near his gun. Rains said in his opening statement that his client's thumb was in an upward position, as if to flick a switch activating the stun gun charge.
"In the next two frames, there is some movement of his right thumb," Schott said.
His interpretation that Grant and some of his friends made questionable movements toward officers contrast with witness accounts from train passengers who said one of the officers, Tony Pirone, was aggressive and hostile toward the group of young men who were being detained. Pirone was fired in April.
On cross-examination, Alameda County Deputy District Attorney David Stein asked Schott, who has been hired in dozens of police misconduct cases by defense attorneys, if he saw any actions by officers that night that would be interpreted as misconduct or excessive force.
"Aside from the fact that a firearm should not have been discharged in this case, the video I was asked to examine Mr. Pirone didn't walk up to Mr. Grant and use an elbow or punch him," Schott said. "I did not identify what you are asking."
Stein also challenged Schott's version that one of Grant's friends, Jackie Bryson, swung at Mehserle shortly before being handcuffed and was forced to the ground by officers.
Stein played one of the videos that shows a "muffin-shaped pink object" as Schott put it, near Bryson's neckline that is lighter in color and may belong to Mehserle, not Bryson.
"You'd be making not only a leap, but a series of leaps," in saying it was Mehserle's hand, Schott said.