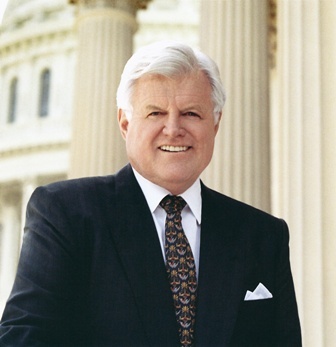 WASHINGTON — For decades after gunmen shot down his brothers, Sen. Edward Kennedy lived under constant assassination threats of his own, sometimes chillingly specific, as he became a target for extremist rage, previously private FBI documents disclosed Monday.
Five years after President John F. Kennedy was killed and shortly after Sen. Robert F. Kennedy was shot, one letter warned that the third brother was next: "Ted Kennedy number three to be assassinated on Oct. 25, 1968. The Kennedy residence must be well protected on that date."
Nearly two decades later, in 1985, the threats continued, this time including the Republican president as well as the liberal Democratic senator: "Brass tacks, I'm gonna kill Kennedy and (President Ronald) Reagan, and I really mean it."
Releasing 2,352 pages from Kennedy's FBI file, many of them concerning threats over the years, the agency said on its website: "These threats originated from multiple sources, including individuals, anonymous persons and members of radical groups such as the Ku Klux Klan, 'Minutemen' organizations and the National Socialist White People's Party."
Some of the threats prompted investigations, some resulted in warnings to Kennedy or local law enforcement authorities. There is no indication any attempts were carried out.
In 1977, the FBI even looked into allegations that Sirhan Sirhan — the man who assassinated Robert Kennedy — had attempted to hire a fellow prisoner to 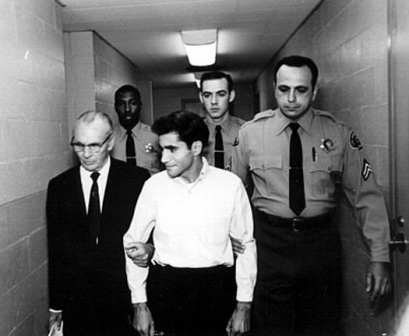 kill Edward Kennedy. The prisoner, who was housed next to Sirhan for 18 months, told the FBI he was offered $1 million and a car but declined.

Sirhan Sirhan's arrest after the assasination of Bobbie Kennedy, 1968


President Kennedy was assassinated in Dallas on Nov. 22, 1963. Robert Kennedy was slain in Los Angeles on June 6, 1968. Their deaths cast a long shadow on the youngest brother's life, and prompted fears he, too, would be targeted by an assassin's bullet. Indeed, Kennedy wrote in his memoir "True Compass" that after his brothers were killed he was easily startled by loud sounds and would hit the deck whenever a car backfired.
He died last year at 77 after fighting brain cancer. Kennedy's widow, Victoria Reggie Kennedy, declined comment on the document release through a spokesman.
Most of the documents released Monday are about death threats and extortion attempts against the Massachusetts Democrat.
The release had been highly anticipated by historians, scholars and others interested in the life and long public career of one of America's most prominent and powerful politicians. The Associated Press and other media organizations requested the documents through Freedom of Information Act requests. 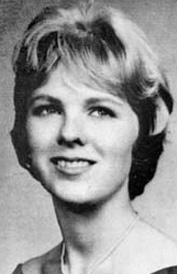 There is relatively little on a major controversy, Kennedy's car accident on Chappaquiddick Island off the coast of Massachusetts that killed Mary Jo Kopechne, a young woman who had been a worker in Robert Kennedy's campaign.
The files do show that the FBI was told almost immediately of the accident and Kennedy's involvement, but authorities kept his identity quiet at the start.
The Boston FBI office relayed word to Washington headquarters at 2:45 p.m. EDT on July 19, 1969, after being notified by Police Chief Dominic Arena in Edgartown, Mass.
The advisory said that Kennedy — the vehicle's driver — was uninjured.
It also said, "Stated fact Senator Kennedy was driver is not being revealed to anyone."
Kopechne drowned after Kennedy drove the car in which she was riding off a bridge into a pond. He swam to safety, leaving Kopechne in the car. Kopechne, 28, was found dead in the submerged car's back seat 10 hours later. Kennedy, then 37, pleaded guilty to leaving the scene of an accident and got a suspended sentence and probation.
In his memoir, Kennedy wrote that his actions on Chappaquiddick were inexcusable. He said he was afraid, "made terrible decisions" and had to live with the guilt the rest of his life.
___
Glen Johnson reported from Boston. Associated Press Writers Kevin Freking and Sam Hananel in Washington also contributed.
Online:
http://foia.fbi.gov/hottopics.htm