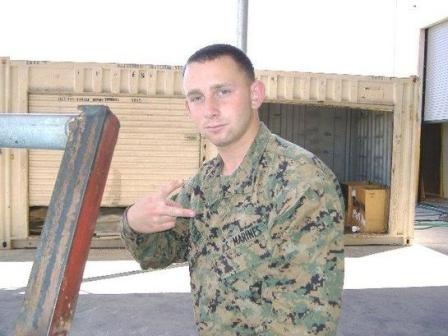 
RICHMOND, Va. (AP) -- Virginia was one of just two states that refused to join a friend-of-the-court brief Tuesday supporting the father of a Marine whose funeral drew anti-gay protesters carrying inflammatory signs.
Attorney General Ken Cuccinelli's spokesman said concerns about freedom of expression prompted the decision to stay out of Albert Snyder's legal battle against the fundamentalist Westboro Baptist Church and its leader, Fred Phelps, in the U.S. Supreme Court.
"This office has decided not to file a brief in Snyder v. Phelps, because the case could set a precedent that could severely curtail certain valid exercises of free speech," Cuccinelli spokesman Brian Gottstein said in a news release.
A jury in Baltimore awarded Snyder $5 million in damages after Westboro protesters picketed his son's funeral in Westminster, Md. Phelps and his followers have picketed military funerals across the country because they believe war deaths are punishment for U.S. tolerance of homosexuality.
At the 2006 funeral of Marine Lance Cpl. Matthew Snyder, protesters from the Kansas-based church carried signs with messages like "Thank God for dead soldiers" and "God Hates the USA/Thank God for 9/11."
A three-judge panel of the 4th U.S. Circuit Court of Appeals in Richmond ruled that the signs contained "imaginative and hyperbolic rhetoric" protected by the First Amendment and threw out the verdict. Snyder appealed that decision to the Supreme Court, which is expected to hear the case this fall.
Forty-eight states and the District of Columbia filed a friend-of-the-court brief Tuesday, arguing they have a compelling interest in protecting the sanctity of funerals. Maine was the only state besides Virginia that did not participate.
Gottstein said Cuccinelli's decision should not be viewed as siding with Westboro. 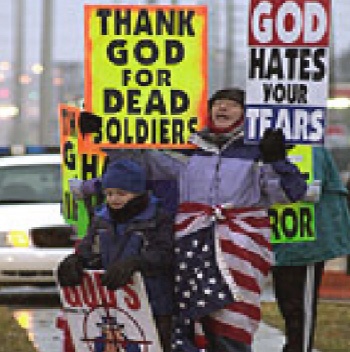 "I have known him for years and there is no way on earth the attorney general or anyone in this office believes any of the venom, the ridiculous nonsense that is spewed from these Westboro people," Gottstein said in an interview.
However, he said Cuccinelli weighed the issue carefully and decided that reversal of the appeals court ruling "could be perilous to the First Amendment" by opening the door to lawsuits against protesters on other issues.
Snyder's attorney, Sean E. Summers of York, Pa., said he was surprised and dismayed by Cuccinelli's decision, especially considering the large number of military installations and veterans in Virginia.
"It's extremely disappointing, in my judgment, that the attorney general could not stand up for them," Summers said.
He said Cuccinelli's freedom of expression concerns are misplaced because Snyder is not challenging anyone's right to be heard, just the disruption and emotional distress caused by Westboro's tactics. Cuccinelli's office said Virginia has its own law dealing with disruption of memorial services or funerals.
Summers, working largely through the office of Kansas Attorney General Steve Six, tried to get all 50 states and the District of Columbia to join in the brief. Summers said he was so confident that Virginia would join that it was low on his initial priority list.
"It's just bizarre that Virginia is not on board," he said. "From a political point, I think it's suicide."
Gottstein said political consequences were not a consideration for Cuccinelli.
"He's repeated time and time again, it's his job to uphold Virginia laws and the Virginia and U.S. constitutions," Gottstein said.
In his first five months in office, Cuccinelli has taken several controversial actions, including suing the federal government over clean energy policies and the health care reform law; telling Virginia's public college presidents not to enforce policies that protect the rights of gays; and demanding that the University of Virginia turn over information related to a former environmental science researcher known for his study of global warming.