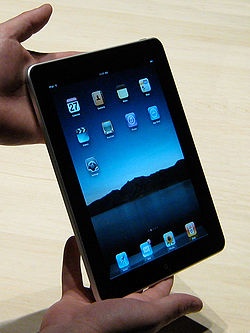 NEW YORK – AT&T Inc. will stop letting new customers sign up for its unlimited Internet data plan for smart phones and iPads, hoping to ease congestion on its network by charging the people who use the most data more.
The move comes just in time for the expected unveiling of Apple Inc.'s new iPhone next week.
Current subscribers will be able to keep their $30-per-month unlimited plans, even if they renew their contracts. But starting Monday, new customers will have to choose one of two new data plans for all smart phones, including iPhones and BlackBerrys.
With the change, AT&T is adopting a carrot-and-stick approach to assuage the data congestion on its network, which has been a source of complaints, especially in cities such as New York and San Francisco that are thick with iPhone users.
Subscribers who use little data or learn to limit their consumption will pay slightly less every month than they do now, while heavy users will be dinged with extra consumption fees.
Analysts said they expect the move to be quickly followed by other phone companies, which should be eager to avoid the trap of unlimited-use data plans. With no caps on consumption, data use could swamp wireless networks while revenue for the operators remains flat.
"Clearly, the current unlimited data usage model in the U.S. market is not profitable in the long term," said David Dixon at FBR Capital Markets.
Verizon Wireless, the largest wireless carrier and AT&T's chief rival, had no immediate comment on AT&T's move. There has been much speculation about Verizon getting to sell its own version of the iPhone, but that prospect still appears distant.
One of the new AT&T plans will cost $25 per month and offer 2 gigabytes of data per month, which AT&T says will be enough for 98 percent of its smart phone customers. Additional gigabytes will cost $10 each.
A second plan will cost $15 per month for 200 megabytes of data, which AT&T says is enough for 65 percent of its smart phone customers. If they go over, they'll pay another $15 for 200 megabytes.
With that plan and voice service, a smart phone could cost as little as $55 per month before taxes and add-on fees, down from $70 per month. Ralph de la Vega, the head of AT&T's consumer business, said that means smart phones can become accessible to more people.
"Customers are getting a good deal, and if they can understand their usage, they can save some money," de la Vega said in an interview.
Figuring out which one to choose may not be easy, given that many people have only a hazy notion of the size of a gigabyte and how many they use now. By contrast, a minute spent talking on the phone is easy to understand, and many people have learned roughly how many minutes they use every month.
A gigabyte is enough for hundreds of e-mails and Web pages, but it's quickly eaten up by Internet video and videoconferencing. The 200 megabytes offered under the $15 plan is enough for about 20 minutes of streaming video.
These limits apply only on AT&T's cellular networks. Data usage over Wi-Fi, including AT&T's public Wi-Fi hot spots, will not count toward the limits.
De la Vega said AT&T is doing its part to educate consumers, by letting them track their usage online. The iPhone contains a data usage tracking tool. The carrier will also text-message subscribers to let them know they're getting close to their limits.
The new $25-per-month plan will replace the current $30 plan with unlimited usage that is available for the iPad, the tablet computer Apple released just a few months ago, though iPad owners can keep the old plan as long as they keep paying $30 per month, AT&T said.
AT&T, which is based in Dallas, said the new plans shouldn't materially affect its profits this year. Its shares rose 18 cents to $24.51 in Wednesday morning trading.
Consumers have rebelled against the idea of data usage caps on home broadband, at least when the limits are set low enough to make online video consumption expensive. Time Warner Cable Inc. was forced to back away from trials of data caps last year after consumer protests and threats of legislative action.
On wireless networks, where data capacity is more constrained, usage caps have been more common. Most wireless carriers, for instance, limit data cards for laptops to 5 gigabytes per month.
But with intense competition for smart phone users, phone companies have been reluctant to impose data caps on those devices, although Sprint Nextel Corp. reserves the right to slow down or disconnect users who exceed 5 gigabytes per month. Carriers also have started to lift limits on other forms of wireless use, by selling plans with unlimited calling and unlimited text messaging. That's not a big gamble, because not many people have the time to talk phone for eight hours a day or spend every waking minute sending text messages.
Smart phones, on the other hand, can draw a lot of data, depending on where and how they're used.