CHARLESTON, S.C. (AP) -- An archaeological dig has uncovered thousands of pieces of slave pottery and other artifacts at an industrial site on the South Carolina coast.
The Post and Courier of Charleston reports that archeologists digging at the Berkeley County site found 58,000 pieces of colonoware, a handmade pottery crafted by slaves. Officials say it is one of the largest concentrations ever found in the country.
Other artifacts include bone buttons, silver coins, pipe stems and porcelain doll heads. 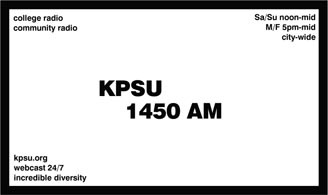 In all, 125,000 artifacts were found at the site that used to be part of Dean Hall Plantation. The plant site is located where there once were 19 slave cabins.
Other items found during the dig included stoneware bowls, glass bottles, pipe stems and gold coins.
Archaeologist Ralph Bailey said the finds show that families lived on the site for 150 years.
The artifacts were found as part of a dig on land owned by DuPont where the company plans to build a Kevlar fibers plant. The work was part of a routine archaeological survey of the site before construction.
"We went into it not expecting this," said Ellis McGaughy, the plant site manager. "We rearranged some work to allow archaeologists to do their work. When you hear archaeologists get excited, everybody else gets excited too."
Some of the artifacts go on display next month at the Heritage Room at Cypress Gardens, a park near the site.
DuPont spent about $250,000 on the dig. Berkeley County, which owns Cypress Gardens, spent an additional $100,000 renovating what was a reptile house at the park to create the Heritage Room.
Only a small fraction of the items found during the dig will be able to be displayed, said Dwight Williams, the director of Cypress Gardens. He said the display will help tell the story of the gardens which were also part of the plantation.
The Kevlar plant begins operation in 2012.