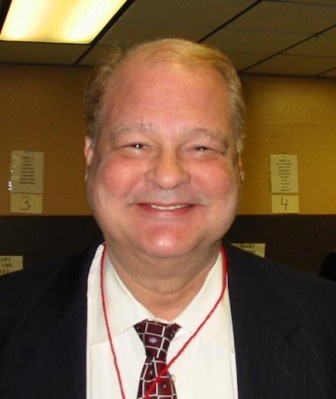 PHOENIX (AP) -- A week after signing an immigration bill that has drawn ire and praise from people around the country, Arizona Gov. Jan Brewer has another bill on her desk targeting classes that the state schools chief says promote ``ethnic chauvinism.''
The measure targets an ethnic studies program from a Tucson school district. It would prohibit classes that advocate ethnic solidarity, that are designed primarily for students of a particular race or that promote resentment toward a certain ethnic group.
The Tucson Unified School District program allows students to take history and literature courses that include information about the influence of a particular ethnic group. District officials believe it would comply with the new bill.
Arizona's Superintendent of Public Instruction, Republican Tom Horne -- who's running for attorney general -- has been trying for years to pass a bill limiting the program after learning that Hispanic civil rights activist Dolores Huerta told Tucson high school students in 2006 that ``Republicans hate Latinos.''
Horne said he believes the district's Mexican-American studies program teaches Latino students that they are oppressed by White people. Public schools should not be encouraging students to resent a particular race, he said.

Tom Horne
``A fundamental American value is that we're all individuals, and what race we were born into is not relevant,'' Horne said.
The district denies that its program promotes resentment.
Sean Arce, director of the Mexican-American Studies program, said lawyers are reviewing the law to see if anything in the program would need to change, but he thinks it complies. 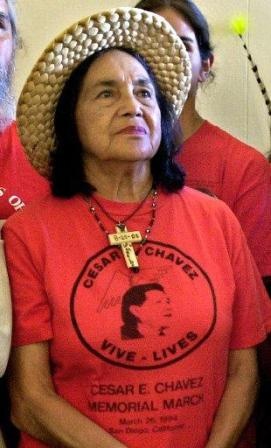 Dolores Huerta
His program uses alternative materials to teach students about the role ethnic groups in history and culture.
For example, an American history course explores the role of Hispanics in the Vietnam War, and a literature course emphasizes Latino authors. About 1,500 students at six high schools are enrolled.
``I think students need to know that their ancestors, many of their parents, great grandparents, have contributed to this great nation,'' Arce said. ``If the students see themselves in the curriculum, they know that school is for and about them.''
The district also has programs for students of other races, including African-American and Native American.
The bill doesn't prohibit classes that teach about the history of a particular ethnic group, as long as the course is open to all students and doesn't promote ethnic solidarity or resentment.
The bill's sponsor, Rep. Steve Montenegro, an immigrant from El Salvador and a freshman Republican from the Phoenix suburb of Litchfield Park, said students ``should not be taught any resentment or hatred toward any race or any class of people.''
``They shouldn't be taught they're oppressed, they shouldn't be taught that they are subservient in any way,'' he said. ``We're not trying to prevent the teaching of history. We're trying to prevent the promotion of victimology.''
But Rep. Anna Tovar, a Democrat from Tolleson and a former teacher who opposed the bill, said it's important to expose young people to alternative ideas.
``Learning about different cultures and lessons, it really enhances a person's mentality and gives them some context that is relay sorely missing right now,''
Brewer has not indicated whether she will sign or veto the bill, said spokesman Paul Senseman. She has until May 11 to act or it becomes law automatically.