WASHINGTON (NNPA) - Former NAACP President and CEO Kweisi Mfume, a former Congressman and chair of the Congressional Black Caucus, will take the helm of the nation's oldest and largest Black medical association at the end of this month.


"I have dedicated my life to ending the economic and social barriers that continue to confront people of color all across our nation," Mfume told the NNPA this week. "The National Medical Association has been the conscience of the medical profession by making sure that African-Americans and the underserved have a voice in their health and health care." He continued, "We have a long way to go to truly eliminate health 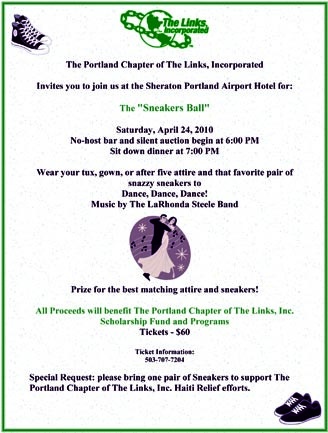 disparities, but now is the time to work with, political, medical and community leaders to make that vision real."


Mfume served in Congress, representing Maryland's 7th Congressional District for five terms until he became NAACP chief, a position in which he served for nine years until 2004.
"With such an intense national focus on health policy, Kweisi Mfume brings significant expertise to our organization that will directly benefit our members as they navigate the ever-changing landscape of health care," said NMA President Willarda V. Edwards in a statement. Edwards is a medical doctor who leads the 30,000-Black doctor organization.
Wilma J. Wooten, the doctor who chairs the NMA Board of Trustees, said in a statement that Mfume's "commitment to the most vulnerable in our communities makes him a natural fit to continue the NMA's legacy of advocacy and service."
Mfume's leadership will likely be pivotal as President Obama signed America's first national health care plan this week.
While serving as NAACP president and CEO, Mfume says he gained an in-depth understanding of health disparities in the nation's health care delivery system and the devastating effects that such disparities have on families; especially in the Black community. Mfume went on to establish the organization's first National Office of Health Advocacy to educate and advocate on behalf of access and affordability in health care.
Prior to his NAACP tenure, he served as a five-term Congressman from Maryland's 7th Congressional District, where he chaired the Joint Economic Committee, the Congressional Black Caucus, and co-founded the Congressional Task Force on Sarcoidosis Disease Awareness. Mfume also served on the Baltimore City Council for seven years, where he chaired the Committee on Health.
Mfume left the NAACP six years ago announcing that he would take a break. At that time it was widely known that his relationship with NAACP board Chairman Julian Bond had experienced significant friction. He later ran unsuccessfully for a U. S. Senate seat in Maryland.
A native of Baltimore, Mfume received his B.S. from Morgan State University and his Master's degree from Johns Hopkins University. According to a release, he frequently lectures and serves on the boards of several organizations, including the Boy Scouts of America National Advisory Council, Johns Hopkins University Board of Trustees, Morgan State University Board of Regents and Big Brothers and Big Sisters. His former bestselling autobiography is entitled "No Free Ride."