Floyd Alvin Galloway Special to the NNPA from the Arizona Informant
Published: 08 March 2010 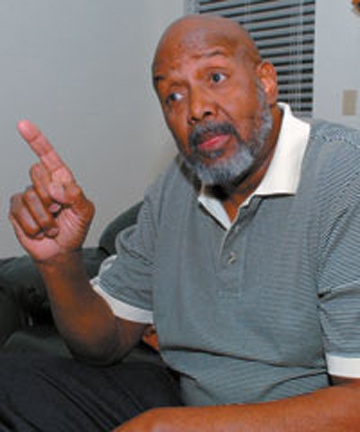 PHOENIX (NNPA) - February, Black History Month, held a special meaning for Charles F. Long II, and his family. The Arizona State Department of Corrections released him from behind prison walls.
Founder and president of America's Buffalo Soldiers Re-Enactors Association (ABSRA), Colonel Long, as he is fondly called, was convicted of reckless manslaughter and aggravated assault in January of 2005 by an all White jury, for the death of 14-year-old Anthony Haynes, at a tough love boot camp near Buckeye Arizona run by Long.
The controversial trial, in which the accident victim's mother was found not to have disclosed her child's suicidal tendencies to camp officials, and also revealed that she was still receiving welfare checks on behalf of her deceased son, ended with a conviction – a surprise to many.
Maricopa County Superior Judge Ronald Reinstein sentenced Long to six years in prison. His release was three months short of the full term. He now has to complete 10 months of probation.
Long said he is not bitter about the time he spent in prison and actually saw it as a "dark gift."
Rated one of the top 10 news stories of the decade by The Arizona Republic newspaper, in a two hour exclusive interview with the Arizona Informant, Long said he never forgot Haynes and prayed for him.
"I didn't do all the work I did to go out of business," said Long. "If we would have been given his medical history like we should have he never would have been in the camp."
Long said he thought he knew God before going into prison, but came to know him even closer during his stay.
Showing a well-used Bible with his notes in every available space in the margins and highlighted text throughout, he noted, "This is what got me through when the phone calls and the letters stopped." It was new when his wife Carmelina gave it to him when he first went to prison.
He said what he missed most was his son's football games, his son and daughter's prom and graduation and the opportunity to vote for the first Black president of the United States.
Long was transferred six times to different facilities during his term, but at each place he says God put special people in his life to uplift him. He began to use his time in prison as a teaching time and became known as a soldier for the Lord and became a Chaplin's assistant.
Long plans to appeal his conviction on a number of grounds including ineffective assistance, prosecutorial misconduct, jury misconduct, reckless endangerment of a child and adult, corruption, conspiracy, and others.
But he is also looking to build his dream – Fort Powell America's Buffalo Soldiers Military Academy – a vocational college for lost veterans, ex-offenders and at-risk adults ages 21-61.