Ashahed M. Muhammad Special to the NNPA from the Final Call
Published: 08 February 2010 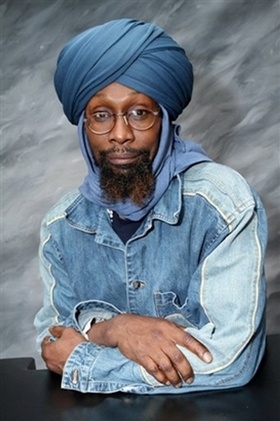 (NNPA) - Over three months after the controversial shooting death of Detroit-area religious leader Imam Luqman Ameen Abdullah, the official autopsy results were released by the Wayne County Medical Examiner's Office on Feb. 1.
The report confirmed information previously reported by The Final Call, that Imam Abdullah died after suffering 21 gunshot wounds in various parts of his body including the abdomen, scrotum and back. According to family members and media reports, a majority of the wounds were below the waist. The imam was found dead at the scene with his hands cuffed behind him.
The autopsy was actually completed in December 2009, however, Dearborn police held up release of the autopsy until their departmental investigation was finished. This led to widespread concern among community activists and some advocacy groups of a cover-up by local and federal law enforcement officials. Protesters demonstrated outside Dearborn police headquarters shortly after the results from the autopsy were released.
Since the Oct. 28 shooting, there have repeated calls for an independent investigation into the FBI's actions which led to the imam's death.
"The shocking details of the imam's autopsy raise a number of disturbing questions that need to be answered," said Dawud Walid, executive director of Michigan's chapter of the Council on American-Islamic Relations.
"First of all, did the FBI agents follow established procedure when they shot the imam 21 times? How was the imam shot in the back? Was it proper procedure to handcuff either a dead body or a mortally wounded suspect? If the agents found the imam alive following the shooting, did they call for medical assistance? All these questions need answers," said Walid.
Another question that remains to be answered is, whether a police dog was actually shot by Imam Abdullah as claimed by the FBI, or is it possible that ricocheting bullets fired by FBI agents hit the dog? FBI agents cited the shooting of the dog as the reason for their decision to use lethal force in firing at Imam Abdullah. No information has been released regarding the type of weapon Imam Abdullah allegedly used nor have any results from ballistic tests been released to prove the dog was in fact shot by the imam.
Imam Abdullah, 53, was gunned down Oct. 28 by FBI agents conducting a raid on a warehouse in the Detroit suburb of Dearborn. He was accused by the FBI of being the leader of an alleged Islamic extremist separatist group desiring to overthrow the government of the United States as well as overseeing a criminal enterprise involved in multiple federal offenses including weapons violations and trafficking in stolen goods.
Recently, a benefit concert was held in Detroit for Mujahid Carswell, one of Imam Abdullah's sons and one of 10 remaining defendants listed in the FBI's criminal complaint.