By Brian Stimson of The Skanner News
Published: 07 January 2010

In December, the American Law Institute voted to drop wording from their law manual instructing states on how to best implement the death penalty. The Institute is now taking a neutral stand on capital punishment in their Model Penal Code, which will no longer provide basic guidelines on who is eligible for execution. 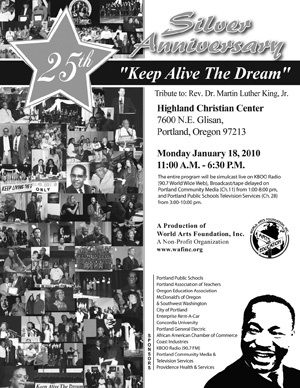 "For reasons stated in Part V of the Council's report to the membership, the Institute withdraws Section 210.6 of the Model Penal Code in light of the current intractable institutional and structural obstacles to ensuring a minimally adequate system for administering capital punishment," said the Institute in a statement.
The American Law Institute – a scholarly organization founded in 1923 to improve law in the United States — adopted the Model Penal Code in 1962 to provide a greater uniformity to laws across the nation. They took no view on whether the death penalty should or should not be an available sentencing option, but provided an even frame work for those jurisdictions using it.
According to the ALI's old Model Penal Code, cases in which the death penalty is an option can only be murder with aggravating circumstances, but only if the evidence "does not foreclose all doubt respecting … guilt." Other mitigating factors, such as the perpetrator's mental or physical state or age, should exclude certain convicts from execution, according to the Code.
Because of concerns that the punishment is not delivered fairly across the United States, as well as a half century of practice on death penalty laws influenced by the legal organization, the ALI's council said they voted to remove it.
"Unless we are confident we can recommend procedures that would meet the most important of the concerns, the Institute should not play a further role in legitimating capital punishment, no matter how unintentionally, by retaining the section in the Model Penal Code," the council stated.
The state of Oregon follows the general framework established by the ALI's Model Penal Code for executions. A person must be convicted of aggravated murder and sentenced by a jury to death.
Multnomah County District Attorney Michael Schrunk told The Skanner News that the standards set forth by organizations such as the ALI are something that practicing attorneys follow closely. Schrunk, who personally opposes the death penalty, says he still must consider the penalty so long as it is law in the state of Oregon.
Dave Fidanque, executive director of the Oregon ACLU, says it's yet another national organization that proposes model laws that has backed away from capital punishment.
"That's a good thing," he says. "There's an increasing realization, for lots of different reasons, that the death penalty is problematic."
Apart from the high cost of prosecuting death penalty cases, there have been hundreds of jurisdictions around the country that have exonerated – through DNA testing – innocent people, many of whom were on death row. The death penalty is also more likely to be applied to minorities and the poor.
"In a country that values due process, we haven't been able to insure that innocent people haven't been executed," Fidanque told The Skanner.
For Schrunk, a death sentence is something that can't be undone in the case of systemic error.
"I can undue a mistake," he said. "I can't undue death."
Because it will take a vote of the people to remove the death penalty provision from the state constitution, Fidanque says he thinks the death penalty will be with us for a while to come. Popular vote tends to favor the death penalty, even if studies have never been able to show a "deterrence" effect. In fact, states without the death penalty have lower murder rates than those with the death penalty, according to the Death Penalty Information Center and the FBI Uniform Crime Report.
Schrunk believes that if the state of Oregon had had a "true life" provision for murder convictions from 1962 to 1984, there would be no death penalty in the state. Capital punishment was reinstated in 1984 by a vote of the people. Currently, many aggravated murder cases are given the option for a "life without the possibility of parole" in lieu of the death penalty.

OREGON"S DEATH ROW
32 people on Oregon's death row;
Three are Black, two are Hispanic, one is a Native American and 26 are White;
There have only been two executions since 1962, one in 1996 and one in 1997;
The last person to be executed in Oregon was Harry Charles Moore on May 16, 1997.