(NNPA) - Much of the research published by the Center for Responsible Lending (CRL) has revealed discrepancies in lending patterns in communities of color, most notably, Latinos and African-Americans. For example, in mortgage lending, CRL was one of the first research organizations to find that many people of color were steered to higher cost, subprime loans, even when they qualified for a lower-cost loan. As a result, today many African-Americans suffer disproportionately from foreclosures. 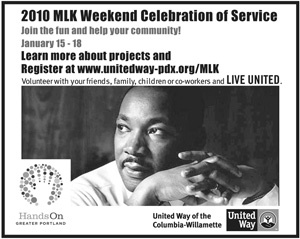 Or consider research released this spring, on payday lending in California, Predatory Profiling that documents how payday lenders in this nation's most populous state systematically target black and brown communities, draining nearly $247 million in fees alone each year. Even after controlling for income and other factors, payday lenders are 2.4 times more concentrated in California's African-American and Latino Communities than they are in non-minority communities.
Now, Native American leaders are also drawing attention to predatory lending, and urging Washington to enact significant reforms. According to a recent commentary published in Indian Country Today, an award-winning multimedia publisher of news, information, and imagery relevant to the indigenous people of the Americas, predatory lending is denying economic security to Native families and their communities. A 2007 survey by this media organization determined that 73 percent of tribal housing counselors felt predatory lending was a problem in their communities, particularly citing refund anticipation loans and payday loans.
The commentary, written by Michael E. Roberts, president of First Nations Development Institute, echoes the same sentiments of black and Latino consumers.
In part Roberts wrote, "Payday lenders aren't really in business to help people deal with an occasional financial emergency. Instead, their business is built on the premise that an initial short-term, high-interest loan can hook borrowers into a cycle of debt. For the payday lenders, that's a sweet deal."
Moreover, just as African-American and Latino leaders have recently called for passage of the proposed federal Consumer Finance Protection Agency, Roberts' voice and influence embrace CFPA as well.
"Too many in our communities have been set back by lending practices that never should have been permitted", he said, "Unfortunately, all of the factors that led to weak banking oversight in recent years remain firmly in place. Without the Consumer Financial Protection Agency, our financial security is likely to fall through the cracks. Again."
When America's racial and ethnic minorities are all suffering from the same economic symptoms, it seems logical and practical for us to unite in the fight to overcome the economic disparities we all suffer.
Historically, whenever common ground and cause have been defined and pursued, all of America has benefited. During the civil war, it took white abolitionists, and freed slaves to prick the conscience of America and preserve its union. In the mid-20th century civil rights era, progressive whites and Jews stood with African-Americans to fight for a series of social and educational reforms. And in the late 20th century, when gaming became an economic development strategy for many tribal nations, the political clout of Native Americans grew in proportion to the tax revenues generated by casinos on tribal lands.
In the 21st Century, social equity may be important; but economic parity is paramount.
As we look towards 2010 and all that it can bring, the color that will matter most is green, not black, white, brown, or red.
2010 would be a truly New Year if all of America's people would know and enjoy financial freedom.

Charlene Crowell is the Center for Responsible Lending's Communication Manager for State Policy and Outreach. She can be reached at [email protected]