WASHINGTON – The White House is open for Christmas. A day after celebrating Thanksgiving, first lady Michelle Obama and daughters Malia and Sasha received the official White House Christmas tree: an 18 1/2-foot Douglas fir delivered from a farm in Shepherdstown, W.Va., by traditional horse-drawn carriage.
Growers Eric and Gloria Sundback officially presented the tree to the Obamas on Friday.
It's the fourth time one of their trees has become the official White House tree.
"It's big enough for Sasha to climb in, I think," Sundback joked after the Obamas walked from the North Portico of the White House to the driveway where the tree was tied up and lying in the carriage, pulled up the driveway from Pennsylvania Avenue by a pair of Belgian draft horses with red Christmas bows tied to their tails. A sign affixed to the side of the carriage said "White House Christmas Tree 2009."
"We're excited," Mrs. Obama told the Sundbacks.
Asked by reporters whether the tree was the biggest she ever had, the first lady said: "Yeah, I think this wins."
The 12-foot-wide tree is destined for the oval-shaped Blue Room on the State Floor of the White House, where scores of volunteers will decorate it. The tree is the star attraction of Christmas at the White House, and will be oohed and aahed over by the thousands of people who will stream through in December for holiday parties and public tours of the executive mansion. 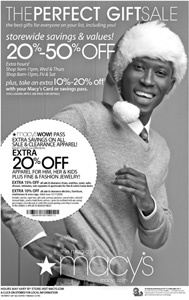 The tree, which the Sundbacks planted in 1996, was hand-picked on Oct. 20 on a visit to the Sundback's farm by retired Rear Adm. Stephen Rochon, the White House chief usher, and Dale Haney, superintendent of the White House grounds.
It was cut down on Wednesday. Besides the official tree, more than a dozen smaller trees from the Sundback farm will decorate other rooms in the White House, including the Oval Office.
The Sundbacks, both in their 80s, earned the honor by winning the National Christmas Tree Association's national contest this year for the fourth time. A tree from the winner's farm is then chosen as the official White House tree, an annual tradition that dates to 1966.
Their trees were displayed twice when Ronald Reagan held office and once under Jimmy Carter.
The Sundbacks have grown Christmas trees since 1956 and were thrilled by the opportunity to meet their fourth first lady.
"Absolutely wonderful," Sundback told reporters after he and his wife emerged from the White House after some chit-chat with Mrs. Obama over hot apple cider and Christmas cookies. "Talk about a thrill," added Gloria Sundback.
Benjamin Harrison was the first president to put a Christmas tree inside the mansion in 1889, according to the White House. In 1961, first lady Jacqueline Kennedy put the official White House tree in the Blue Room so tourists could see it.
Next Thursday, the Obamas will flip a switch to light the National Christmas Tree, a living Colorado blue spruce located on the Ellipse, just south of the White House.