WASHINGTON (AP) -- Vitriol and invective have often stained American politics, but the falsehoods, half-truths and innuendo now speeding across partisan airwaves and the Internet are drowning out the country's moderate political center.
Countless Internet blogs have taken on the President Barack Obama and his administration, claiming -- falsely -- that the first African-American president isn't an American citizen, is a secret Muslim, is a socialist, wants to establish death panels to deny elderly Americans medical care. 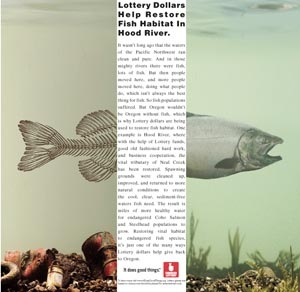 The latest partisan furor blew up when Obama won the Nobel Peace Prize on Friday. Republican national chairman Michael Steele set the tone, declaring that giving the prize to the U.S. commander in chief showed "how meaningless a once honorable and respected award has become."
Obama's predecessor, George W. Bush, was not immune, nor was former President Bill Clinton. But today the volume of screeching partisanship is cleaving the American electorate, perhaps as deeply as at any time since the Civil War a century and a half ago.
"The environment is much more extreme today because of the level of public involvement, the level of incivility among both the political elite and the public," said Chris Dolan, a political scientist at Lebanon Valley College in Annville, Pennsylvania
"It is nasty and getting nastier," agreed Clyde Frazier, a political scientist at Meredith College in Raleigh, North Carolina.
While he believes that American history has seen dirtier political periods, Frazier sees today's climate partly the result of the "media culture."
"Vitriol seems to sell. If you are telling people the end of the world is at hand, they watch," he said.
At the White House briefing room, press secretary Robert Gibbs routinely bemoans what he sees as the negative slant on coverage of Obama by the conservative Fox News cable television outlet.
While Americans once sought news from media outlets that aimed for objectivity, many are now turning to sources that reinforce their political viewpoints, including the conservative Fox News and the liberal MSNBC on cable television.
The heated partisan atmosphere produced a staggering break with decorum last month when a member of the House of Representatives shouted out "You lie!" as Obama spoke to a joint session 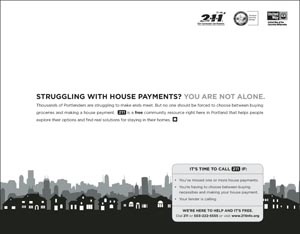 of Congress on reforming the American health care system.
Rep. Joe Wilson's outburst drew the South Carolina Republican a rebuke from the House, but supporters began donating heavily to his political war chest.
Not long afterward Rep. Alan Grayson, a Florida Democrat, took the House floor to attack minority Republicans on health care, declaring, "The Republicans want you to die quickly if you get sick."
Partisan political pundits took both events and ran with them, conservative Republicans praising Wilson's courage as liberals voiced shock over his lack of respect. Grayson took praise and heat from opposite ends of the political spectrum.
"Political animosity has become professionalized," said Frazier, mentioning talk radio's ultraconservative Rush Limbaugh, who openly calls for the failure of the Obama presidency.
The revival of bitter partisanship has built quickly and steadily since the nation united behind Bush in the aftermath of the Sept. 11, 2001, terrorist attacks on the United States. It was quickly discovered that his rationale for going to war in Iraq -- claims that Saddam Hussein had weapons of mass destruction -- was untrue and the temporary unity dissolved.
"It's a hard thing to stop and it is escalating" each time Republicans or Democrats cede power in the capital, said Jack Holmes, political science professor at Hope College in Holland, Michigan.
Is there away out?
"At a certain point the public well demand an end, say 'we want this to stop,"' said Holmes. "The public has to demand it and will start judging political leaders accordingly."
Obama even came under attack from opponents when he planned an Internet address at the start of the school year to encourage students to work hard and stay in school. He was accused, before the very moderate and apolitical address, of wanting to indoctrinate students with his alleged "socialist" ideals. He left the doomsayers with red faces.
Frazier said a return to unity or at least a willingness to compromise can only happen around the president, the country's most visible and powerful symbol.
"I don't think that we are hopelessly stuck in this nasty place," he said. "I don't really think there is anything we can do, but I do think it's possible that the nastiness will run its course."