First Lady's Life Is No Stroll on the White House Lawn 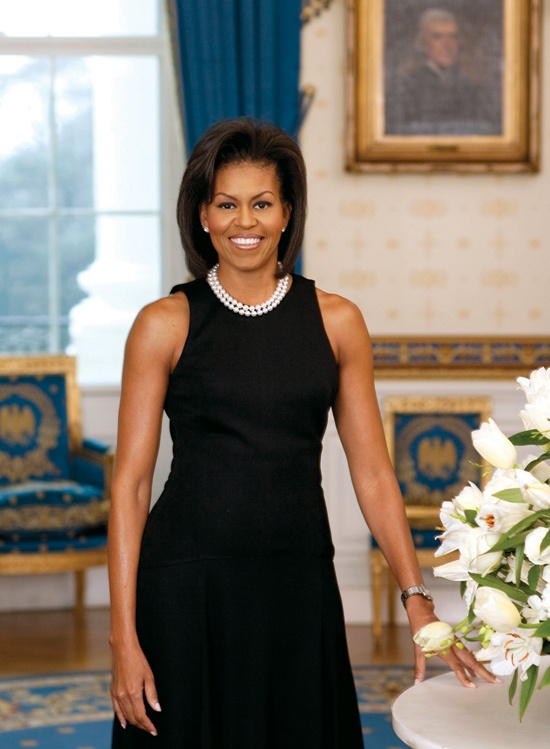 PITTSBURGH (AP) _ One by one, gleaming motorcades pulled up outside of a white-columned home on a farm just outside this city, each depositing the wife of a foreign leader here for an economic summit. Inside, Michelle Obama waited for her first turn as international hostess.

It was up to her to show a good time to counterparts from around the globe while President Barack Obama and the other world leaders debated the world's fiscal mess.
Guests were led to a patio of the home, owned by Teresa Heinz Kerry, the local philanthropist and wife of Sen. John Kerry, D-Mass., the former Democratic presidential candidate. She was eager to make her Rosemont Farm available for the occasion. More than 20 women in all, including Heinz Kerry, ate dinner at a long, rectangular table -- salad made with greens from the farm, lamb, bass and tomato and roasted red pepper tart. Dessert was apple tarte tatin baked with apples picked on the premises.
The meal was the start of nearly 10 hours these women would spend in each other's company over the course of an evening and the following day, including a visit to a performing arts school and a concert there, followed by a museum tour and lunch.
Mrs. Obama pulled it off. But she certainly didn't do it alone.

First Lady's Duties
A first lady's chief duty is to run the vast White House entertainment operation -- a big job in itself -- and oversee the care of the building and its residential staff. But over the years, the public has come to expect more from first ladies, both in substance and symbolism. And they have come to expect more of themselves, receiving formal assignments from their husbands. (Bill Clinton gave health care to Hillary, Michelle's husband gave her the Chicago Olympic bid, both flops in which the presidents were also heavily invested.)
Simply put: People like to see and hear their first ladies.
But with every new demand, the demands on their time grow, too. And so, out of necessity, has the first lady's staff.
If she delivers a speech, someone has to write it.
If she goes anywhere beyond the black wrought iron gates of the White House, complicated travel and security arrangements are required.
If she speaks on an issue, someone has to deliver the brief to bring her up to speed.
There are reporters to deal with, and piles of mail to open and answer.
Some 32,000 pieces of mail, for instance, have flooded the first lady's base of operations in the East Wing since the Obamas arrived in January. Two staffers and a group of volunteers open and answer them.
The to-do list is too much for any lady, even a first one, not to mention her responsibilities as support for the president and mother.
"There's never enough people to do the amount of work that has to get done," says Anita McBride, a chief of staff to Mrs. Obama's predecessor, Laura Bush.


Nothing is Simple
The Pittsburgh events took months of planning among Mrs. Obama's aides and others throughout the administration.
Her staff sprang into action in May, as soon as the location for the late September summit was announced. Just about every department in her office was involved: policy aides (Mrs. Obama used one event to highlight her support for the arts and arts education), press aides (managing the massive media interest in her and the summit), schedulers and the advance team (the people who went to Pittsburgh beforehand to scout event sites).
It required coordination with the State Department to find out such things as how many spouses were coming, the proper way to address each of them, and even what food allergies any may have. East Wing staff worked with the National Security Council, the president's staff in the West Wing and the Secret Service. The White House social office invited the musicians, collaborated on the meals and more.
The Pittsburgh Creative and Performing Arts School was the setting for the concert by singer-songwriter Sara Bareilles, cellist Yo-Yo Ma, country superstar Trisha Yearwood and the students.
Afterward, the spouses were off on their own to the nearby Andy Warhol Museum for a tour and lunch.

Old Friends, New Duties
To accomplish all this, Mrs. Obama has a staff of 24 people, at a cost of more than $1.5 million, according to an annual White House report to Congress. This is roughly the size of the staffs of predecessors Laura Bush and Hillary Rodham Clinton.
The suite of offices is filled with campaign veterans, friends from her Chicago hometown and others from different mileposts in her life.
Overseeing the operation is Susan Sher, Mrs. Obama's longtime Chicago friend. Mrs. Obama reported to Sher when both held top posts at the University of Chicago Medical Center. Sher began at the White House as an associate counsel to the president, working on legal issues surrounding health care policy. She also led outreach to the Jewish community and was Mrs. Obama's legal adviser.
In June, Sher assumed the dual role of assistant to the president and chief of staff to the first lady. She replaced Jackie Norris, who took a position elsewhere in government.

Questions from the Public
First ladies always face questions about why someone who isn't elected or paid, or who isn't routinely handling serious issues, even has a staff. Perhaps if all first ladies did was compare china patterns and plan White House parties, they could nix the assistants.
But that seems unlikely given all the expectations on presidents' wives, the 24-hour news and blog cycles and intense public fascination with the Obamas, including dog Bo.
Modern first ladies tend to come with graduate degrees and professional track records. Clinton was a nationally known lawyer and child advocate. Laura Bush was a teacher and librarian. Mrs. Obama was a lawyer and hospital executive.
They are expected to have projects and promote causes; education and literacy are popular ones. Mrs. Obama juggles several, including volunteerism, supporting military families, healthier eating, and preventive health care.
Events are constantly in the works.
Planning for the summit and now Obama's first state dinner in November for India were under way at the same time. Christmas is on the radar, too. While aides may focus on a particular week, they still have an eye on what's happening next week and next month.
First ladies also act as stand-ins for the president, going places when he can't.
Just last week, Mrs. Obama flew to Denmark ahead of her husband and spent several days lobbying -- unsuccessfully, as it turned out -- for their hometown's bid to bring the 2016 Summer Olympics to Chicago.