By The Skanner News
Published: 23 September 2009

LOS ANGELES (AP) _ A notorious street gang accused of terrorizing a neighborhood for years and killing a sheriff's deputy was the target of a coordinated assault by hundreds of law enforcement officials Tuesday. 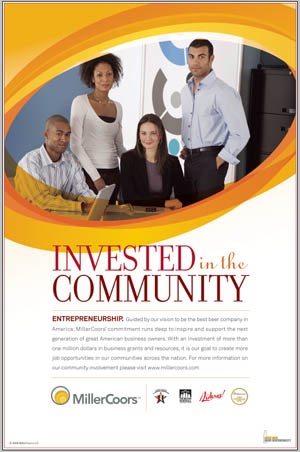 Local police working with federal agents carried out a string of early-morning raids seeking key members of the Avenues street gang, a long-standing group that claims as its territory a swath of northeast Los Angeles. About 90 suspects were named in a massive federal racketeering indictment detailing criminal activity spanning more than a decade.
Officers in full body armor were seen at dawn Tuesday at a blocked-off staging area at the Dodger Stadium parking lot, where suspects were being processed at a portable booking area as media helicopters hovered overhead.
Scores of search warrants were served at 4 a.m. from Los Angeles to Kern County, and all the suspects were quickly rounded up, said Los Angeles police Deputy Chief Sergio Diaz. Within hours, several tattooed, shirtless men in handcuffs populated the parking lot.
There is "ironclad evidence of the crimes," Diaz said at the staging area.
"Our goal is to ... move these people out, occupy this community and support the law abiding people that deserve to live in dignity here."
Aside from murdering rivals, dealing drugs, graffiti tagging and other gang crimes, the gang is accused of making threats and carrying out acts of violence against police officers, culminating in two attacks that rocked the law enforcement community last year.
The first of these, in February 2008, saw Avenues gang members open fire with handguns and an AK-47 on Los Angeles police officers. Police shot back, killing 20-year-old Daniel Leon and injuring another man.
Then on Aug. 2, 2008, off-duty Los Angeles County sheriff's Deputy Juan Escalante was shot dead in front of his parents' home in the Cypress Park neighborhood northeast of downtown.
Even before the killing, authorities were investigating the Avenues, but his death increased the urgency of the operation. Earlier this year, police charged three men in Escalante's death and a fourth suspect remains at large.
The indictment details several possible motives for the murder. Carlos Velasquez, one of the men accused of killing the deputy, was heard in a wire-tapped telephone conversation telling another Avenues gang member that he killed Escalante in retribution for the death of Leon, nicknamed "Clever."
"Clever took one with him," the indictment states Velasquez said.
The 222-page indictment also alleges Avenues members posted inflammatory remarks on Web sites, including "Avenidas don't get chased by the cops. We chase them," and, "Avenidas don't just hurt people. We kill them."
Members of the largely Hispanic gang would also spray paint racist threats around neighborhoods to intimidate Black people, according to prosecutors.
"This indictment attacks a criminal organization that has terrorized a community for generations," said Assistant U.S. Attorney Christopher Brunwin, the lead prosecutor in the case. "With all of the information collected over the past year, we assembled an indictment that led to dozens of arrests this morning and will make a significant difference in the neighborhoods in northeastern Los Angeles."
Tuesday's operation marks an ongoing focus on the Avenues gang, which gets its name from a series of streets running through the area.
In June 2008, another federal indictment took aim at the Drew Street clique of the gang. Prosecutors said Drew Street was the most active and violent clique within the Avenues and it produced significant drug-sale revenues for the Mexican Mafia, a prison-based gang that oversees much of Southern California's street gang activity.
That investigation resulted in the arrest of several of the clique's alleged leaders. Afterward, Mexican Mafia leaders attempted to re-organize the Avenues' presence in northeast Los Angeles by ending the clique rivalries within the gang and naming new Avenue leaders, Tuesday's indictment states.
Though incarcerated, Mexican Mafia leaders are able to communicate with street gangs through conversations on cell phones that are smuggled into prisons, as well as by passing folded notes to visitors.