Op-Ed: A Personal and Heartfelt Letter on Health Care Reform 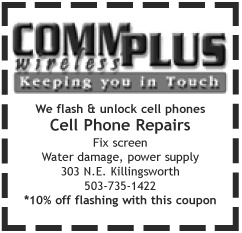 I am setting aside the formal columns, blogs, and interviews that are typical of my weekly communications and choosing instead to send you a personal and heartfelt letter.
As a nation, we are engaged in making decisions about our health care that will impact our families and communities for generations to come.
And I must personally share with you that I've had enough of the misinformation and, frankly, misleading statements coming from those who oppose the transformation of a health system that currently renders the best health care to the wealthiest, depletes the savings of solidly middle-class Americans, and leaves 46 million people with no health-care coverage at all.
We don't have to fall victim to the naysayers – those seeking to prop up the status quo and sustain the profits of the massive insurance corporations.
Business as usual is not what we're about. It's not what change is about. It's certainly not what people of good will from all faiths, who embrace the Golden Rule and seek the common ground of justice and fairness, are about.
During the last big national debate on health-care reform in the early 1990s, the religious community mostly stayed out of the discussion. Not this time.
A friend of mine recently traveled across several states in the U.S. visiting friends on summer vacation. He told me that, everywhere he went, people asked him to read e-mails they'd received. These e-mails had no author and no citations to support the misleading statements about health-care reform they contained – including the false claim that, if health-care reform passed, it would force families to see doctors and receive care dictated by a government panel. This is not true.
At a recent meeting of leading faith groups in Washington, D.C., a leader of a large, national organization said they were receiving calls asking if the elderly would be simply left to die if health-care reform passed. The answer is NO.
These egregious and false accusations are being created for only one purpose: to manipulate and instill fear in American citizens.
This must stop. We are the ones who can stop it. Together, speaking out, acting out, and joining as one on a mission, we can push back the clouds of misinformation and fear-mongering, and allow the light of truth shine through.
Today, right now, let's join together making the health-care debate factual, worthy of our families and communities. Let's put the special interests on notice that we want real health-care reform, not misinformation and fear-mongering.

Rev. Jim Wallis is the founder of Sojourners magazine.