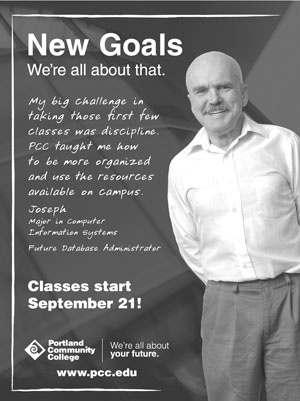 BIRMINGHAM, Alabama (AP) -- Birmingham's mayor offered a blanket pardon Tuesday to thousands of demonstrators charged in this cauldron of the civil rights movement in the 1960s, a mostly symbolic forgiveness he acknowledges few may actually want.
Many blacks who braved police dogs and fire hoses say they carry their misdemeanor record with them as a badge of honor.
Mayor Larry Langford said he expects many will reject the mass pardon for that reason, but he felt it was important to offer.
"Sometimes saying you're sorry does more for the person saying it than the person who was victimized," Langford, who is black, said during a City Council meeting.
Gwendolyn C. Webb-Happling, who is now a pastor, said she and other protesters are not interested in a pardon now. She was 14 when she was arrested in Birmingham in 1963 and spent a week in custody at the city fairgrounds, charged with demonstrating without a permit. She never heard any more about the charge after she was released.
"We went to jail for a purpose -- to be free," she said. "Not just us but our children and our children's children. We are proud of what we did."
In the three years since Alabama passed a law allowing people charged during nonviolent civil rights demonstrations to have their records expunged, officials have not received a single pardon application from anyone arrested in the Montgomery bus boycott of the mid-1950s, the Birmingham demonstrations of 1963 or the Selma voting rights marches of 1965.
The law is known as the Rosa Parks Act, after the civil rights icon arrested in Montgomery for refusing to give up her bus seat to a white man. Louisiana passed a similar law but has likewise had no pardon applications. Tennessee officials could not say for sure whether anyone has applied under that state's Rosa Parks Act.
Langford, who is facing a federal bribery trial later this month, said he was unaware Birmingham had not already offered pardons until The Associated Press called seeking information for a story. There doesn't appear to be much practical effect to the pardons other than symbolism.
April Odom, a city spokeswoman, said court employees are now trying to verify how many protesters were arrested and how many of those were convicted. Langford's proclamation Tuesday urged those convicted to apply for pardons, but Odom said protesters who were just arrested may also apply for pardon documents to commemorate their actions.
The mayor's proclamation says it is in compliance with both the Rosa Parks Act and a city code allowing mayors to grant pardons. Odom said she believes mayors can only grant them for misdemeanors, but would need to do research to be sure.
People seeking equal rights for blacks began demonstrating in Birmingham in the late 1950s, and about 2,500 children and adults were arrested when the protests climaxed in 1963 with the participation of the Rev. Martin Luther King Jr. King himself was arrested and penned his famous "Letter from Birmingham Jail" while in custody.
A longtime civil rights leader, Bishop Calvin Woods, accepted the pardon Tuesday on behalf of thousands of people.
Doug Jones, a former U.S. attorney who prosecuted two former Ku Klux Klansmen for a church bombing that killed four black girls in downtown Birmingham in 1963, praised Langford's offer.
"It is a big step ... that I hope will be replicated throughout the country," Jones said.
The Rev. Joseph Lowery, an Atlanta resident who has been arrested countless times for civil disobedience since the 1950s, though not in Birmingham, said that while he felt Langford's decision was probably politically motivated, it is a nice gesture.
"It vindicates the people who went to jail and says that what they did was a good thing," Lowery said. "It shows that the city has grown to recognize the jail-ins as spiritual acts, not criminal acts. They didn't violate the law; they helped fulfill the law."
But some believe seeking a pardon would amount to an acknowledgment that they had committed a crime.
"That's a slap in the face to the people who put their lives on the line in the civil rights movement," said the Rev. Joseph Rembert, a former pastor at the Montgomery church that Parks attended in the 1950s.
And Horace Huntley, director of the oral history project at the Birmingham Civil Rights Institute, has talked to more than 400 people who participated in demonstrations and doesn't believe many would be interested in a pardon.
"It's really a matter of too little, too late. I've interviewed people who weren't able to find jobs because of those arrests, but they are at retirement age now," he said.