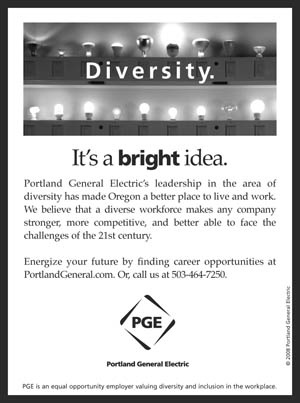 WASHINGTON - As summer heats up and yields thousands of unemployed teenagers anxious for a break from school and looking for something to do, Black leaders and state governments are hoping that President Obama's investment in youth initiatives will help put them to work – boosting the economy and away from crime.
"Unemployment among youth has far reaching consequences across society - from substance abuse to teen pregnancy to increased crime in our communities," said New York governor David Paterson in a statement about his state receiving stimulus funds for youth employment. "This makes finding employment for youth at this moment all the more critical, especially in light of the fact that jobs traditionally filled by youth are being filled by adults adversely affected by today's economy.
"With this infusion of federal funding, tens of thousands of youth will have their lives changed for the better," Patterson said. "More importantly, they will be spending their paychecks in communities sorely in need of an infusion."
A total of $1.2 billion in stimulus funding from the American Recovery and Reinvestment Act has been allocated to create summer work opportunities and training specifically for disadvantaged youth.
This surge of federal funding for summer youth employment programs is especially necessary because the unemployment rate for African American teens is well above 30 percent, almost double the rate of their White counterparts. The percentage of unemployed Black teens jumped more than 10 percent between April 2008 and April 2009.
Marc Morial, CEO and president of the National Urban League, has been one of the more vocal advocates of summer youth employment programs.

He argues that not only will local economies benefit greatly from teens spending their disposable summer incomes but the work experience will give the young workers the resources to transition into productive adults instead of just idly hanging out on street corners during the summer months.
"If we want urban kids to value work we have to give them work," Morial said. "There are obvious economic benefits but the more we give kids to do the less negative things they will get into."
Summer youth employment programs receiving federal stimulus funds must give first priority to teens and young adults that come from low-income backgrounds as well as those who face barriers to employment such as being a high school dropout, have a disability, or have no work experience or training.  This is a plus in a climate where at-risk teens and young adults are also dealing with a deep recession that's causing a contracted job market.
Morial believes that young workers bring added value to the work place because so many of them are tech savvy. Therefore, he says the programs would do well to expose youth to a wide variety of job types and industries instead of just employing them in retail and fast food positions.
"When I was Mayor of New Orleans we made it a very big community effort," he said.
Communities such as Charleston County in South Carolina haven't had a widespread summer youth jobs program in years but they will this summer because of the federal stimulus funding. African Americans make up 36 percent of the Charleston County's population.
The Tri-County area, which also includes Berkley and Dorchester counties, received a little over $1.4 million in stimulus funding for summer youth employment. With that, Palmetto Youth, a non-profit organization charged with organizing the area's summer youth programs, created about 500 summer jobs through 245 different employers for its eight-week program that 1,700 teens and young adults applied to, according to Jim Hughes, an area manager for Palmetto Youth.
"We feel like we are able to make a difference in these young people's lives because we were able to help find them a job," Hughes said. "What I would hope is that we would have young men and women who aren't on the corner … They will have something viable to do to keep them out of trouble.  I would hope we see a reduction in juvenile offenders but I can't say that that's what we anticipate. I think what we do anticipate is that we will have a group of youth that will be better equipped to move into the world of work."
Palmetto Youth Work almost would have gone another year without a summer jobs program because of politics. South Carolina's Republican Gov. Mark Sanford was one of the leading critics that stood against Obama's stimulus package. He initially threatened to refuse the stimulus money going to the Palmetto State until U. S. Rep. James Clyburn (D-S.C.) inserted language into the bill that made the governor unable to deny the money the state was slated to receive.
Large cities like Chicago and New York are using youth employment funds from the American Recovery and Reinvestment Act to power their respective programs as well.
Chicago received an estimated $17 million to support up to 7,000 summer youth jobs and New York got a surge of $18.5 million to support 13,378 summer youth jobs, which is 8,000 more than the previous year.
Jobs range from clerical and maintenance work for the county and jobs in Parks and Recreation. In the private sector it ranges across the spectrum. Some anticipate a permanent benefit boost beyond summer.
"Obviously, what we are hoping is that these summer jobs turn into full-time employment or they at least get the skills to become competitive," Hughes continues. "I would like to tell you that the crime rate among youths will decrease and more kids will not drop out of school based on our summer youth program. But I don't know that we can draw that conclusion when this may be a one-and-done scenario."
But, one sure beneficiary will be the economy, Hughes concludes.
"For local businesses, it essentially means free help because the government is picking up the payroll tab for their young workers," he said. "This will be a big help for companies that had to make budgetary cutbacks by laying off staff.''