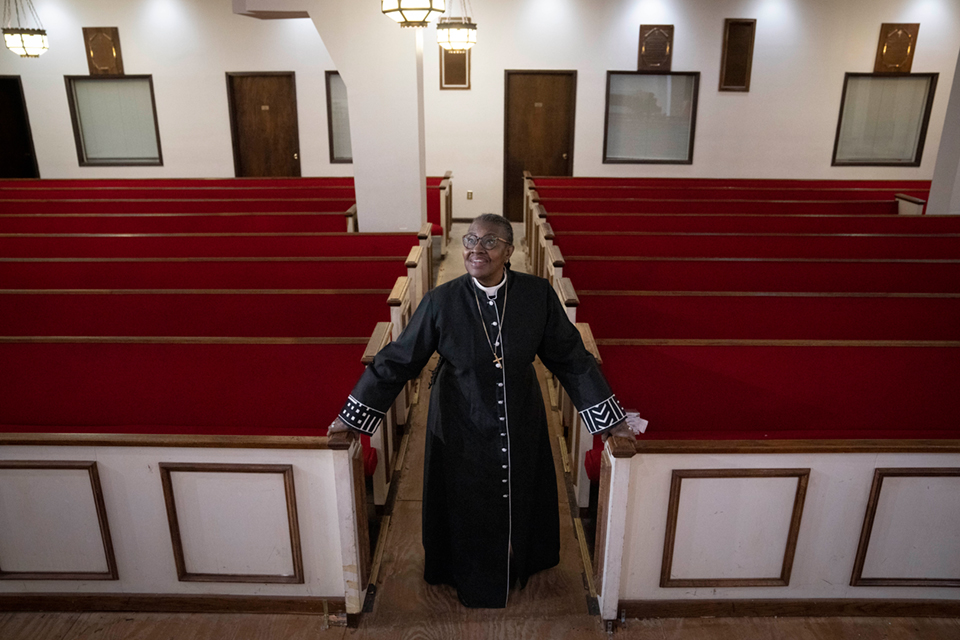 NEW YORK (AP) — Administrators of a trust fund established to preserve historic Black churches in the United States on Friday revealed a list of houses of worship receiving $4 million in financial grants.

The list of 35 grantees includes 16th Street Baptist Church Inc. in Birmingham, Alabama, where crucial civil rights organizing meetings were held during Jim Crow segregation in the 1960s and where four Black girls were killed after a bombing by members of the Ku Klux Klan in 1963.

Black churches in nearly every region of the U.S. are among the fund’s first round of recipients receiving grants ranging from $50,000 to $200,000.

The National Trust for Historic Preservation’s African American Cultural Heritage Action Fund launched its “Preserving Black Churches” program in 2021 to help support ongoing or planned restoration work in historic congregations that are caretakers of cultural artifacts and bear monumental legacies. Some church renovations were imperiled or severely postponed three years ago after the onset of the coronavirus pandemic, which reduced the capacity of many houses of worship to serve the public at an unprecedented time of need.

“Leaving an indelible imprint on our society, historic Black churches hold an endearing legacy of community, spirituality and freedom that continues to span generations,” said Brent Leggs, the fund’s executive director, who is also senior vice president of the National Trust for Historic Preservation.

The Rev. Monica Marshall couldn’t agree with that sentiment more. She was a teenager in the 1970s when she became a member of Varick Memorial African Methodist Episcopal Zion Church in the Bedford-Stuyvesant neighborhood of Brooklyn, New York. It is the oldest continuous Black congregation in the borough and has been ministering in the community for more than 200 years. 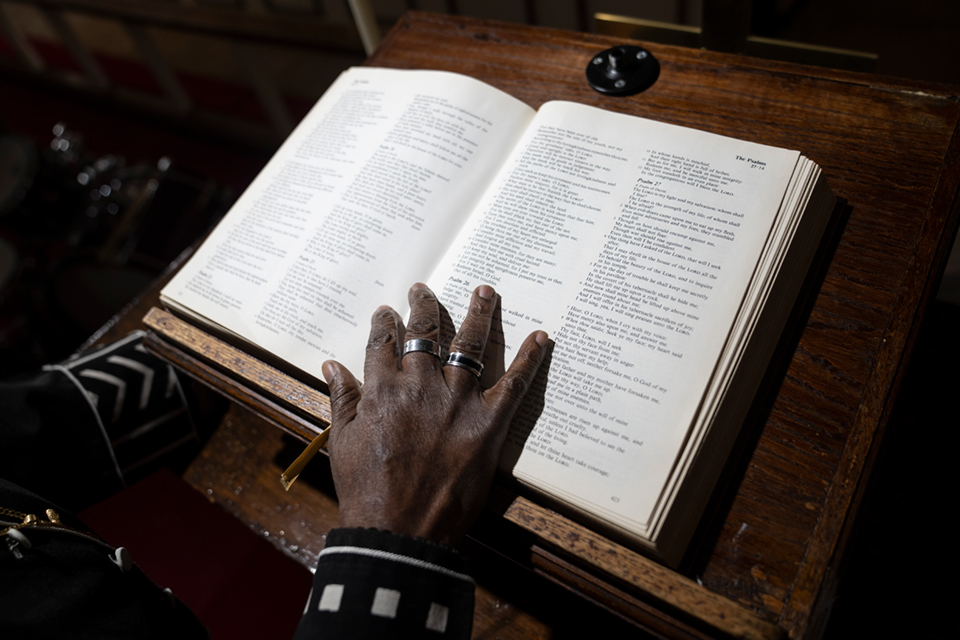 Rev. Monica Marshall opens a Bible to Psalms at the pulpit of the Varick Memorial AME Zion Church, Thursday, Jan. 19, 2023, in the Brooklyn borough of New York. On Friday, a fund established to preserve historic Black churches in the United States formally revealed the first 35 houses of worship that will receive financial grants totaling $4 million. (AP Photo/John Minchillo)

Marshall, 66, has fond memories of joining the church’s youth choir, playing the keyboard and leading its music ministry, before accepting the call to preach many years later. In 2010, she became the pastor. There are about 75 active members.

Varick Memorial’s current building dates back to 1951, but is deteriorating and has roofing issues. The church has been mostly uninhabitable since 2020, the reverend said.

“The pandemic made it harder to maintain the building,” Marshall said.

“I just heard God tell me, ‘You’re not going back into the same building that you came out of.'"

"The people have been very faithful, they’ve been waiting on my vision and it just came true.”

The congregation received a grant of $200,000 to support critical restoration of the building's structural integrity. Marshall said the African American Cultural Heritage Action Fund’s efforts have restored hope that Varick Memorial can resume a wider array of services to the community.

“If you don’t know where you’ve come from, it’s hard to press on and go to even greater heights, to deeper depths in your life and in your legacy,” the reverend said.

Many Black churches, both historic and modern, experience challenges related to deferred renovation, insufficient funds for regular maintenance and threats of demolition due to public hazards.

Since before the abolition of slavery, the Black church has been an epicenter for the cultural, social and educational pursuits of its members. The church has also played a role in brokering congregants’ relationship to political power. It’s not uncommon for politicians, most often Democrats, to campaign from Black church pulpits.

The church is a domain for the prophetic tradition in which preachers weave Scripture with criticisms of racism, corruption and poverty. “Souls to the polls” is a get-out-the-vote campaign common in the Black church, encouraging congregants to take advantage of early voting periods to counteract voter suppression and intimidation.

“After all, these are our sacred sites, which our ancestors built from the ground up, and we must do everything we can to ensure their survival,” said Henry Louis Gates Jr., the professor and historian who sits on the action fund’s national advisory council.

In 2021, Gates executive produced and hosted a four-hour docuseries for PBS called “The Black Church: This Is Our Story, This Is Our Song,” based on his New York Times bestselling book of the same title.

“Preserving these structures is a visible way of preserving a crucial chapter of Black history,”

The action fund’s other grantees include First Bryan Baptist Church in Savannah, Georgia, which is considered to be one of the oldest Black Baptist churches in the U.S.; Cory United Methodist Church in Cleveland, where the Rev. Martin Luther King Jr. and Malcolm X spoke in 1963 and 1964; and St. Paul Christian Methodist Episcopal, a church located on the historically Black campus of Lane College in Jackson, Tennessee.

The action fund's administrators said they received proposals for 1,266 Black churches across the U.S., with $189 million in total funds requested. The effort is supported by a $20 million seed donation received last year from the Lilly Endowment Inc., which supports religious, educational and charitable causes.

St. Rita Catholic Church in Indianapolis, another action fund grantee, will receive $100,000 to fix its bell tower and repair the main structure’s masonry, which date back to 1958.

“The bricks of the bell tower started falling off about 19 years ago,” said the Rev. Jean Bosco Ntawugashira, who was appointed pastor of the congregation last July. “It became a danger to the community and, unfortunately because of COVID, the (restoration) project was somehow halted.” 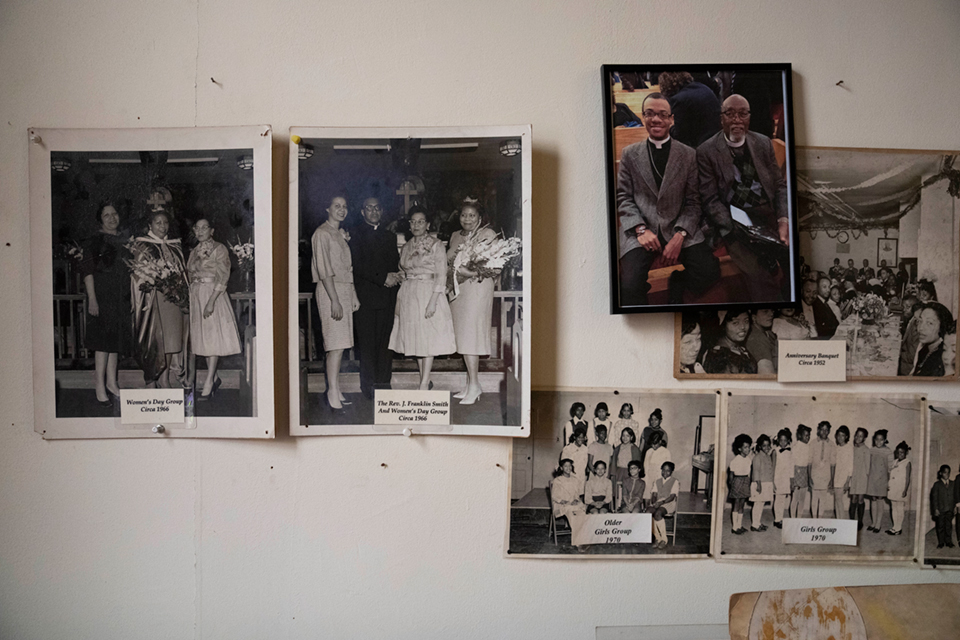 Images of congregants from the previous century hang on the walls of the history room at Varick Memorial AME Zion Church, Thursday, Jan. 19, 2023, in the Brooklyn borough of New York. On Friday, a fund established to preserve historic Black churches in the United States formally revealed the first 35 houses of worship that will receive financial grants totaling $4 million. (AP Photo/John Minchillo)

St. Rita has been serving Indianapolis’ Black residents since 1919 and is considered the city's mother church for Black Catholics from all over the world.