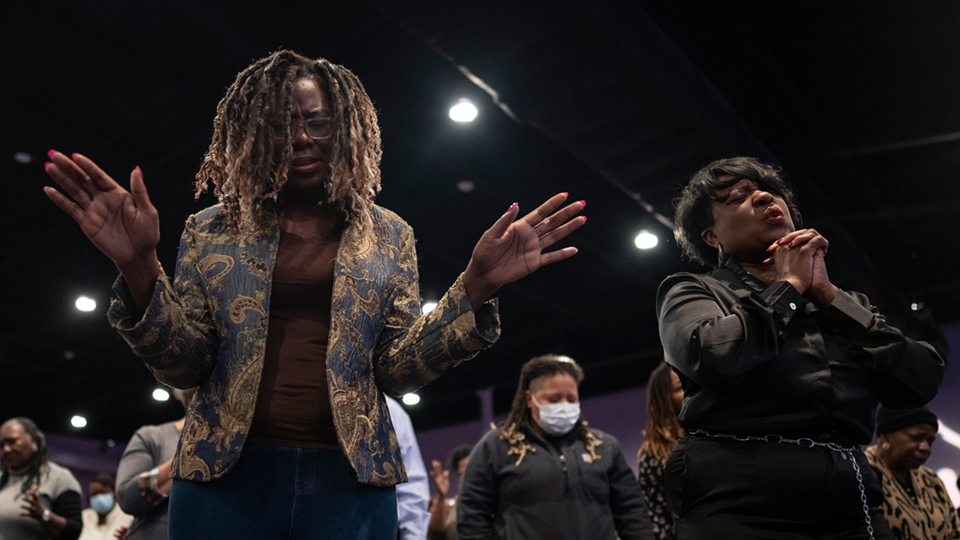 CHESAPEAKE, Va. (AP) — Five days have passed since Lorenzo Gamble was killed in a mass shooting at a Walmart in Chesapeake, Virginia. His mother, Linda Gamble, hasn't been able to do much of anything, including eat, because she misses him so much.

“It's been really hard because I never, ever in a million years thought it would be my baby,”

Gamble said. “He's gone, but he will always be in my heart.”

Gamble spoke Sunday evening before a prayer vigil at The Mount Chesapeake church that honored her son and five other employees who police say were fatally shot by a store supervisor. Six others who were wounded in Tuesday's rampage were also honored.

The 90-minute vigil — filled with music, hand raising and invocations of God — was an effort by the Chesapeake Coalition of Black Pastors to provide some kind of balm for a community that's still raw from the violence.

By the end of the service, Gamble and her husband, Alonzo, stood with dozens of others who had lost someone to the carnage, knew a person who was wounded or who works at the store.

Among them was Shelia Bell, 70, a Walmart employee who worked with Lorenzo Gamble, a custodian at the store for 15 years. She said she also knew the shooter, who died from an apparent self-inflicted gunshot wound at the scene.

“To tell you the truth, right now I'm numb inside,”

During the vigil, a tall purple candle was lit for each of the victims.

“We cannot know your pain of waiting to hear about your loved ones or even understand the horror of the phone call when it came," state Sen. Mamie Locke said earlier. “But what we can do is come together as a community and provide a shoulder to lean on." 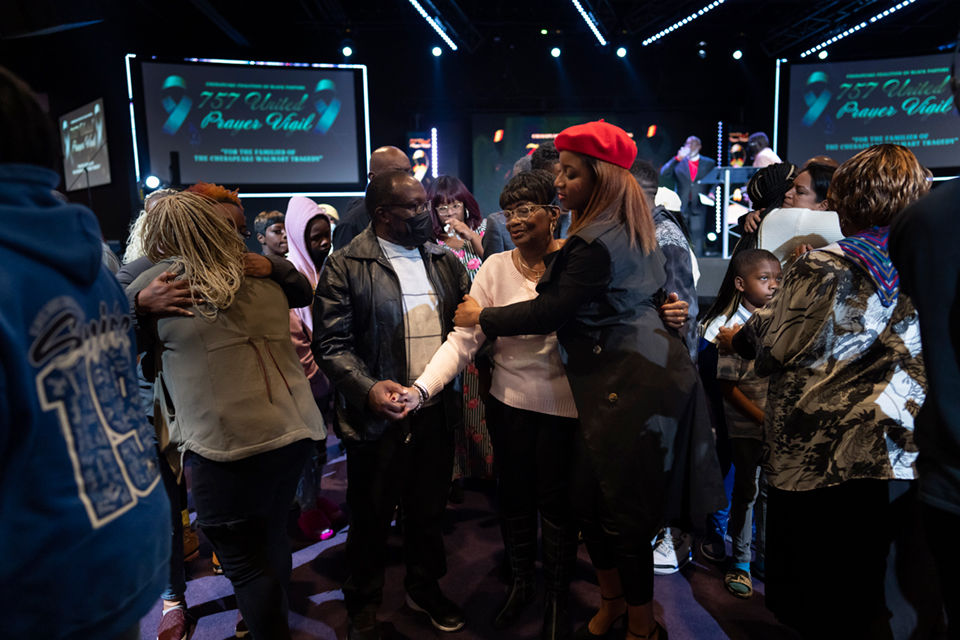 Congressman Bobby Scott said that Chesapeake, a city of about 250,000 people near the Atlantic coast, “now joins the list of all too many communities forced to bear the unbearable.”

City officials have scheduled a candlelight vigil for Monday evening in a city park.