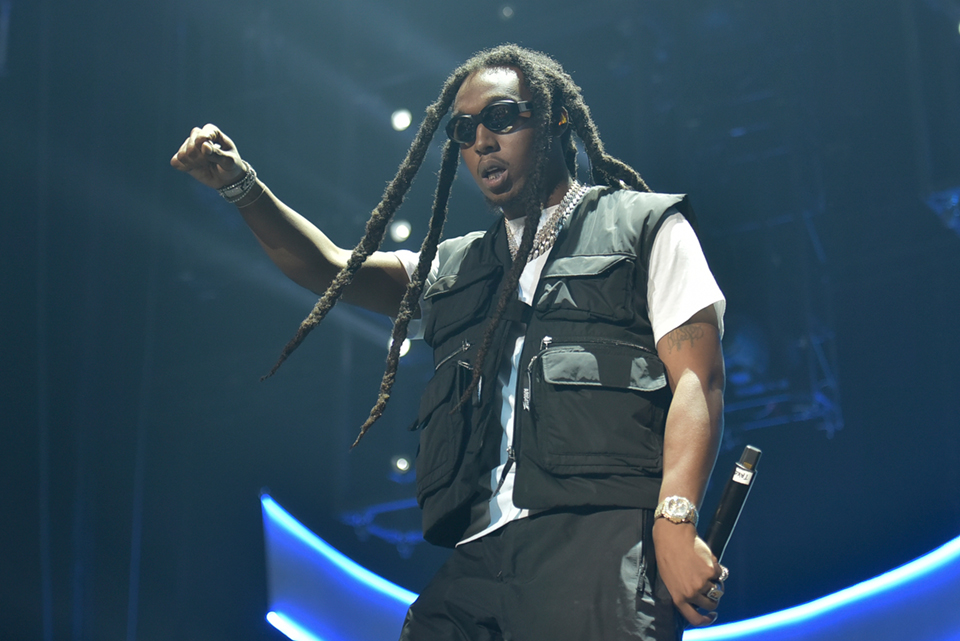 Add the name of Takeoff, a member of the popular rap trio Migos, to the ever-growing list of rappers, recent and past, tragically and violently killed.

The initial reaction to the Nov. 1, 2022, shooting death of Takeoff, born Kirsnick Ball, was to blame rap music and hip hop culture. People who engaged in this kind of scapegoating argue that the violence and despairing hopelessness in the music are the cause of so many rappers dying.

Even within hip hop culture, the continued violent tragedies have led some artists, like Jim Jones and Fat Joe, to go so far as to claim that rap is the most dangerous profession and rappers are an endangered species.

It’s troubling. As Lupe Fiasco raps in “On Faux Nem,” “Rappers die too much.”

But as a rap artist and scholar, I always feel compelled to push back on the notion that the plague of American gun violence is unique to hip hop culture or rap music. As a professor at the University of Virginia, I live in Charlottesville, a place that has recently been besieged by gun violence.

Like many places across the country, the city has seen an increase in shootings, and on the night of Nov. 13, 2022, the university campus was locked down for 12 hours, with students, faculty and community members sheltering in place as police searched for a gunman who shot five people, killing three.

During the lockdown and for days afterward, I endlessly scrolled social media for updates. My phone incessantly chirped from text messages and the university’s emergency notifications.

I found myself frantically engaging in a ritual too familiar to far too many Americans of reading the texts and alerts and scrolling my phone for news. Part of this ritual, too, was sending students a message to let them know I’m available to talk or listen or try to answer questions. I shared the numbers and links of the professional counseling services offered by the university.

The lockdown was lifted Nov. 14, shortly after police arrested the suspect in the campus shootings. On the same day, another man was arrested in Charlottesville for “concerning and threatening social media posts” against the university. The man, a convicted felon, was arrested on several weapons charges and possession of a controlled substance.

Violence is the American pastime.

Gun violence is everywhere, all the time, and as unpredictable as it is predictable. We Americans anywhere, including at the University of Virginia, should not be surprised that it happens here so often. But if we’re surprised, it’s only because we haven’t been paying attention. According to the most recent statistics, the U.S. homicide rate in 2020 was over seven times greater than those of other industrialized economies, and guns accounted for 80% of those homicides.

But when gun violence happens to rappers, it’s as if people believe they can’t be victims, too.

After each of the recent fatal shootings of rappers, the conversation has predictably veered into blaming the victim.

Some said 30-year-old Rakim Hasheem Allen, professionally known as PnB Rock, should not have been wearing his jewelry in the Los Angeles restaurant where he was robbed and killed in 2022.

Apparently, Adolph Thornton, Jr., 36, whose stage name was Young Dolph, should have known better than to go back to his hometown of Memphis, Tennessee, which had 346 killings in 2021, a record number.

Some believed the 2020 killing of 20-year-old Brooklyn drill rapper Pop Smoke, whose legal name was Bashar Jackson, was a product of him accidentally divulging too much information on social media.

Some thought Nipsey Hussle, born Ermias Asghedom, who was 33 at the time of his death, was lax on taking adequate security measures, which led to his being shot and killed in front of his Los Angeles clothing store in 2019.

Even after the horrific shooting of 27-year-old Megan Pete, professionally known as Megan Thee Stallion, who survived the incident, the casual condemnation of her – the victim – has clouded public conversation.

On Twitter, she took rappers to task for using her violent assault for attention. She implored them to stop using her shooting “for clout.”

Specifically, on his new album, “Her Loss,” Drake insinuates that she lied about the incident, rapping, “This b–ch lie ‘bout getting shots but she still a stallion.”

Stop using my shooting for clout bitch ass Niggas! Since when tf is it cool to joke abt women getting shot ! You niggas especially RAP NIGGAS ARE LAME! Ready to boycott bout shoes and clothes but dog pile on a black woman when she say one of y’all homeboys abused her

Regardless of their social environments or criminal backgrounds, all of these young rappers, 28-year-old Takeoff included, were victims of a common American fate – gunfire.

In the days before Takeoff was killed, there were nine mass shootings in the U.S.. One of those incidents during the Halloween weekend was a drive-by shooting near a Chicago park where children were trick-or-treating.

Blaming the violence that occurs on rap musicians relies on a circular logic: rap is to blame because the person who was shot or murdered was a rapper.

The reality in America

All of America is living with the normalization of gun violence.

That doesn’t stop politicians from attempting to tie events like the school shooting in Uvalde, Texas, or the mass shooting in Highland Park, Illinois, to rap.

Gun violence casts a perpetual shadow over the U.S., like the star-spangled banner flying high in the sky. It should be a reminder that the victims of these tragedies, including rappers whose lives are taken, are also threaded into the fabric of America.