Bird Flu Has Made a Comeback, Driving up Prices for Holiday Turkeys 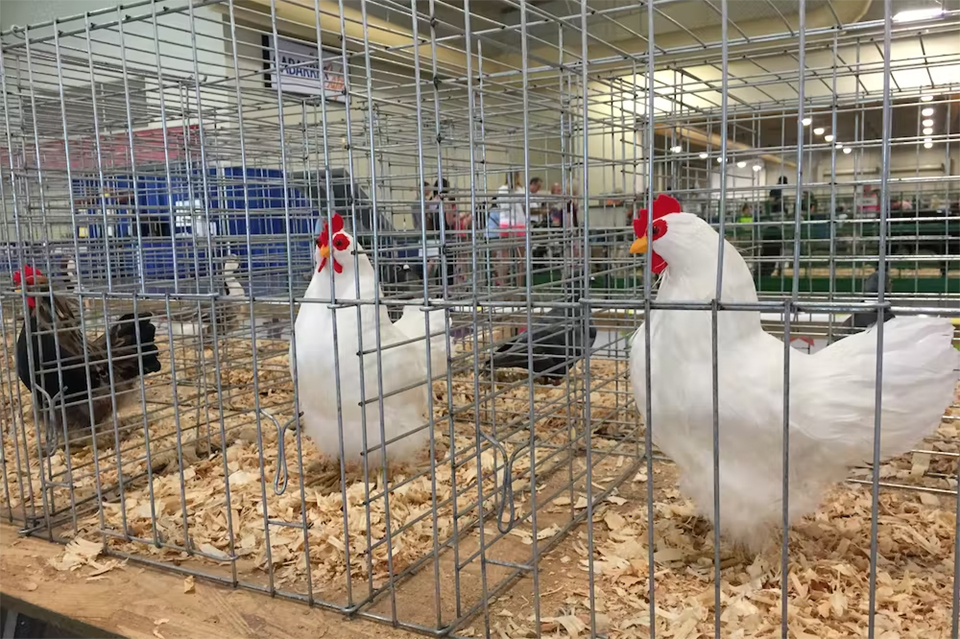 An outbreak of highly pathogenic avian influenza has spread through chicken and turkey flocks in 46 states since it was first detected in Indiana on Feb. 8, 2022. The outbreak is also taking a heavy toll in Canada and Europe.

Better known as bird flu, avian influenza is a family of highly contagious viruses that are not typically harmful to most wild birds that transmit it, but are deadly to domesticated birds. The virus spreads quickly through poultry flocks and almost always causes severe disease or death, so when it is detected, officials quarantine the site and cull all the birds in the infected flock.

As of early November, this outbreak had led to the culling of over 50 million birds from Maine to Oregon, driving up prices for eggs and poultry – including holiday turkeys. This matches the toll from a 2014-2015 bird flu outbreak that previously was considered the most significant animal disease event in U.S. history. Yuko Sato, an associate professor of veterinary medicine who works with poultry producers, explains why so many birds are getting sick and whether the outbreak threatens human health.

This year’s outbreak of #HPAI was the latest blow to US turkey supplies. The combination of dwindling supplies and strong holiday demand will send retail #turkey #prices to record highs this year. CoBank’s @brearnest1 shares insights in his new report: https://t.co/e98QwEtsgG pic.twitter.com/t37DrgZN9o

Why does avian influenza affect domesticated birds but not the wild birds that carry it?

The primary natural hosts and reservoir of AI viruses are wild waterfowl, such as ducks and geese. This means that the virus is well adapted to them, and these birds do not typically get sick when they are infected with it.

But when domesticated poultry, such as chickens and turkeys, come in direct or indirect contact with feces of infected wild birds, they become infected and start to show symptoms, such as lethargy, coughing and sneezing and sudden death.

Which strain caused this outbreak, and is it dangerous to humans?

The virus of concern in this outbreak is a Eurasian H5N1 HPAI virus that causes high mortality and severe clinical signs in domesticated poultry. Scientists who monitor wild bird flocks have also detected a reassortant virus that contains genes from both the Eurasian H5 and low pathogenic North American viruses. Reassortment happens when multiple strains of the virus circulating in the bird population exchange genes to create a new strain of the virus, much as new strains of COVID-19 like omicron and delta have emerged during the ongoing pandemic.

According to the U.S. Centers for Disease Control and Prevention, the risk to public health from this outbreak is low. No human illnesses were associated with the 2014-2015 H5N1 outbreak in the U.S.

The only known human case in the U.S. during the current outbreak was found in a man in Colorado who had contact with infected birds. The man tested positive once, then negative on follow-up tests, and reported only mild symptoms, so health experts theorized that the virus may have been present in his nose without actually causing an infection.

Are these outbreaks connected to wild bird migration?

Yes, wild bird migration has been an important factor in this outbreak. Scientists have detected the same H5N1 virus that is infecting poultry in more than 3,000 wild birds during this outbreak, compared with 75 detections during the 2014-2015 outbreak. This tells us that the virus is highly prevalent in wild bird populations.

While most detections occur in ducks and geese, the virus has also been found in other bird species, including raptors, such as eagles and vultures, and other waterfowl, such as swans and pelicans. Birds of prey are among the most susceptible: As of early November 2022, wildlife agencies had reported more than 300 bird flu deaths in black vultures, over 200 deaths in bald eagles and more than 100 each in great horned owls and red-tailed hawks.

The U.S. Department of Agriculture’s Animal and Plant Health Inspection Service conducts targeted sampling to test wild birds in fall and early winter, which correlates with migration season. This helps scientists and wildlife managers understand where avian flu viruses may be introduced to domestic flocks, track their spread and monitor for any reassortment.

Because there are high amounts of virus circulating, wildlife agencies advise against handling or eating game birds that appear sick. Waterfowl can also be infected, with no signs of illness, so hunters need to be especially careful not to handle or eat game birds without properly cleaning their clothing and equipment afterward and ensuring the birds are cooked to an internal temperature of 165 degrees F (74 C) before consuming them.

H5N1 Highly Pathogenic Avian Influenza (HPAI), aka "bird flu," has been confirmed in southwest and northeast Louisiana. It is important to avoid contact with sick birds. For more information: https://t.co/jCkHwud37W pic.twitter.com/aMylHFz7fG

Hunters and other members of the public are advised not to approach any wild animals that are acting strange and to report any such sightings to officials. In some cases, avian flu viruses have spilled over to other wild animals, such as red foxes, raccoons, skunks, opossums and bobcats. We did not see this trend in 2014-15.

HPAI is a transboundary disease, which means it is highly contagious and spreads rapidly across national borders. Some research indicates that detection of HPAI viruses in wild birds has become more common.

Detection of HPAI in wild birds is seasonal, with a peak in February and a low point in September. Many migratory bird species travel thousands of miles between continents, posing a continuing risk of AI virus transmission.

On the positive side, we have better diagnostic tests for much more rapid and improved detection of avian influenza compared to 20 to 30 years ago, and can use molecular diagnostics such as polymerase chain reaction (PCR) tests – the same method labs use to detect COVID-19 infections.

How are poultry farmers affected?

To detect AI, the U.S. Department of Agriculture oversees routine testing of flocks by farmers and carries out federal inspection programs to ensure that eggs and birds are safe and free of virus. When H5N1 is diagnosed on a farm or in a backyard flock, state and federal officials will quarantine the site and cull and dispose of all the birds in the infected flock. Then the site is cleaned and decontaminated, a process that includes removing organic materials like manure and chicken feed that can harbor virus particles.

After several weeks without new virus detections, the area is required to test negative in order to be deemed free of infection. We call this process the four D’s of outbreak control: diagnosis, depopulation, disposal and decontamination.

Flock owners are eligible for federal indemnity payments for birds and eggs that have to be destroyed because of avian influenza, as well as for the costs of removing birds and cleaning and disinfecting their farms. This support is designed to help producers move past an outbreak, get their farms back in condition for restocking and get back into business as soon as possible.

But these payments almost never cover all of farmers’ expenses. Poultry farms can’t always recover financially from major bird flu outbreaks. That makes it especially important to focus on prevention strategies to keep the virus out.

This article has been updated to reflect reported avian influenza deaths in birds of prey.