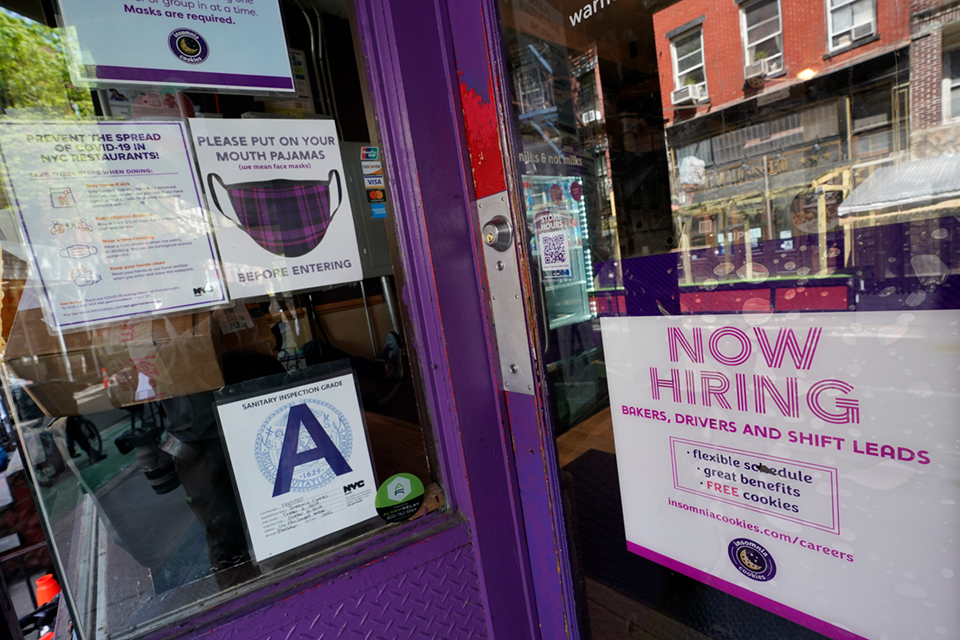 NEW YORK (AP) — Starting this week, job-seekers in New York City will have access to a key piece of information: how much money they can expect to earn for an advertised opening.

New York will require employers as of Nov. 1 to disclose “a good faith salary range for every job, promotion, and transfer opportunity advertised,” according to the city’s Commission on Human Rights.

Similar salary transparency laws are being adopted by a small but growing number of cities and states across the country in an effort to address pay disparities for women and people of color.

It also gives employers a way to avoid liability.

“It puts their feet to the fire to think about how they’re setting pay and to avoid discriminatory practices that were working their way in previously,” Khawaja said.

Haris Silic, vice president at Artisan Talent, a staffing agency that places hundreds of creative professionals in New York City and across the country, said the law's implementation may initially be tough on the employer's side, but he thinks “everyone sees the value.”

“Every employer was an employee once,” he said.

Business groups, including New York's five borough chambers of commerce, have argued that the law could create “dissatisfaction in the workforce and demands to adjust existing pay scales that the employer may be unable to afford."

“During a labor shortage, or in the context of achieving diversity goals, the posted maximum may be significantly higher than the historical salary ranges,” the groups wrote in a letter to the New York City Council. 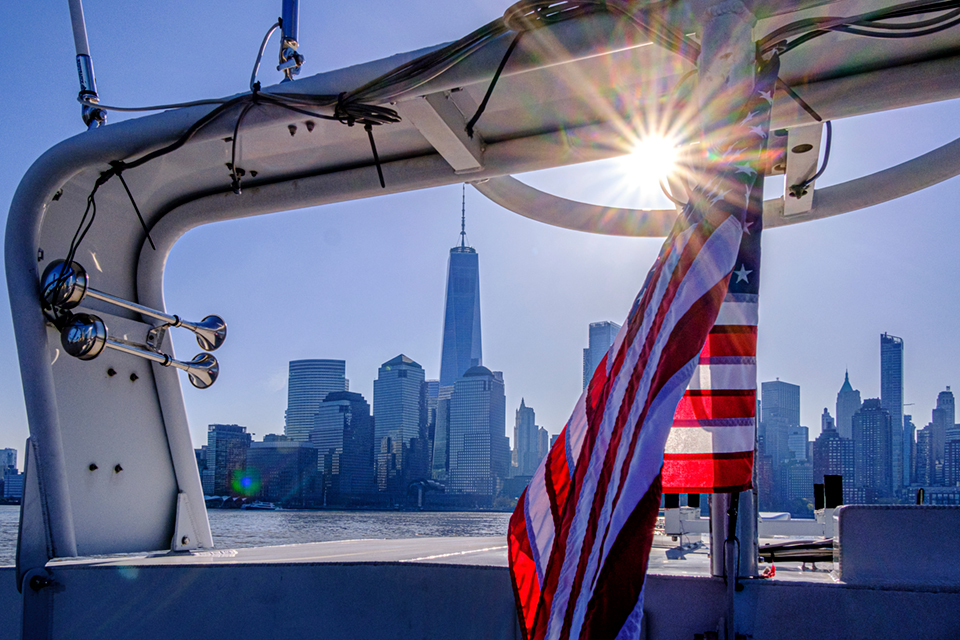 FILE - The lower Manhattan skyline of New York City is framed in the rigging of a passenger ferry approaching the city, Friday morning, April 22, 2022. Starting this week, job-seekers in New York City will have access to a key piece of information: how much money they can expect to earn for an advertised opening.(AP Photo/J. David Ake)

Colorado was the first to adopt a salary transparency law in 2019, followed by California, Maryland, Nevada, Rhode Island, Connecticut, and Washington, as well as cities like Cincinnati and Toledo, Ohio.

Rules for salary disclosures vary. In some cases, they require employers to share the information upon request or after an interview, with exemptions for small businesses. In other cases, employers must post salary ranges.

New York City’s law is similar to Colorado’s, but it applies only to employers with four or more workers rather than all businesses. That accounts for one-third of employers in the city but roughly 90% of workers, according to state Labor Department statistics.

The new wave of legislation marks a shift in who bears the onus for making salaries transparent, with more employers now being held responsible for creating an open work environment instead of leaving it to employees to figure out how their pay compares to their coworkers and whether to ask for fair compensation, according to Andrea Johnson, director of state policy at the National Women’s Law Center.

Mary Ramsay, 55, a health educator based in Syracuse, New York who is looking for a job with higher pay, said she hopes New York City's salary transparency law will soon apply to the entire state, something that legislators are currently considering.

“Hiring people should be seen as a two-way contract,” she said. “You're looking for a good partnership.”

In September, California Governor Gavin Newsom signed a law requiring any employer with at least 15 employees to publish pay scales with its job listings. The law also went further than Colorado and New York by requiring large employers to submit an annual report to California’s Civil Rights Department breaking down salaries by race, ethnicity, and sex.

In 2021, the median pay for full-time women workers was about 83% of men’s pay, according to federal data, and women make less than their male counterparts in nearly all fields. For women of color, the numbers are even worse. A report by the National Partnership for Women and Families found that Black women make 64 cents for every dollar paid to white, non-Hispanic men. For Latina women, it's 54 cents and for Native American women, it's just 51 cents.

Khawaja said the disclosure of demographic information is a heartening addition to the California law, noting that one of the most significant reasons for persistent wage inequities is occupational segregation by gender and race. So long as women and people of color disproportionately work in lower wage industries, pay gaps will exist, she added.

“A disproportionate number of women are working lower wage jobs,” Khawaja said. “So legislation to increase the minimum wage and eliminate exceptions, such as the tipped wage for certain categories of workers like restaurant workers, are really essential to closing that gap.”

Here are some other things to know about salary transparency:

Discussing pay with co-workers is legal

Johnson emphasizes that it’s perfectly legal to talk about pay on the job even if employers discourage it.

A lack of transparency around pay typically disadvantages women and people of color — the very same groups that are already statistically less likely to fare well in negotiations, Johnson added. 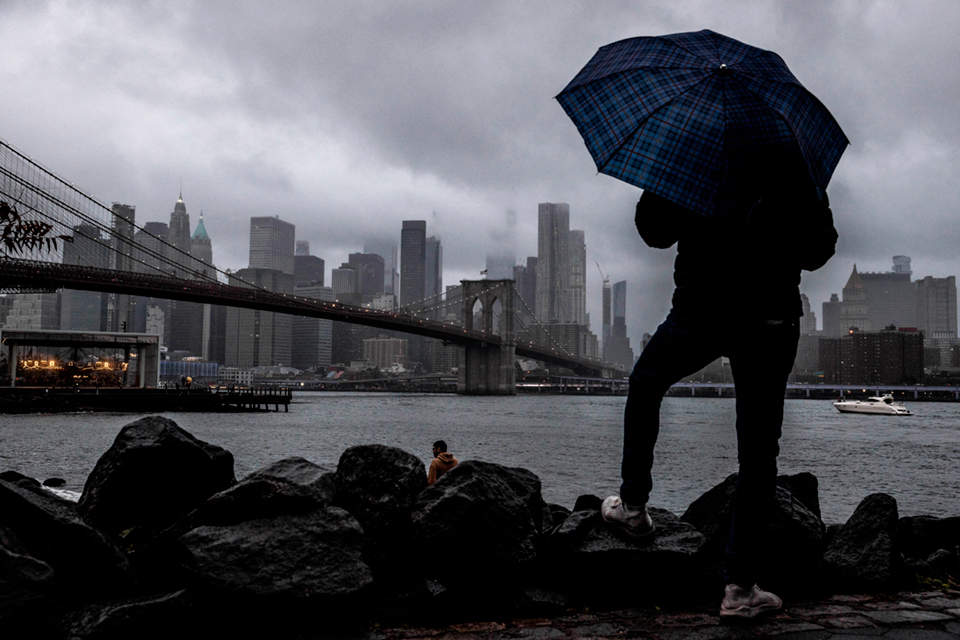 FILE - A man stands near the East River and Brooklyn Bridge with the New York skyline in the background on a Saturday, Oct. 1, 2022. Starting this week, job-seekers in New York City will have access to a key piece of information: how much money they can expect to earn for an advertised opening.(AP Photo/Julia Nikhinson)

It's ok to withhold your salary history

Don't feel compelled to disclose your salary history with a potential employer. In fact, some cities and states have passed laws forbidding employers from even asking, a practice that can depress wages and lock in inequities.

“There’s a fundamental information asymmetry in salary negotiation,” said Kate Bahn, chief economist at the Washington Center for Equitable Growth. “Employers inherently have better information about wages, meaning they have an upper hand. The party that has more information is going to fare better.”

Some employers get around the salary history legal constraint by asking applicants to share their salary expectations, but Bahn said that can have the same effect of lowering offers.

That's why Laura Adler, assistant professor of organizational behavior at the Yale School of Management, said it's better to have salary transparency laws that require employers to disclose salary ranges — like in New York, Colorado, and California. Such laws are more difficult for employers to circumvent.

“The more policymakers can ground their interventions in the way companies actually run their businesses, the more effective those interventions are likely to be,” she said.

When negotiating for a new job, know you have the right to decline to share salary expectations so that the employer opens the offer, advocates advise.